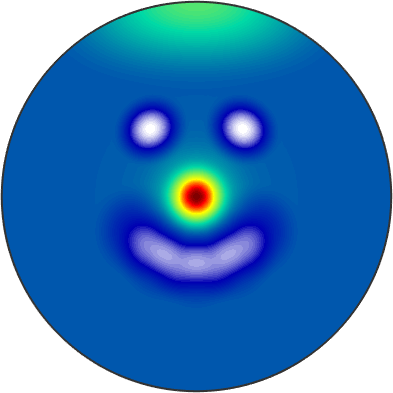 Accordingly, one can use all basic operations like -, *, ^, /, min, max, abs, sqrt to calculate with variables of type S2Fun. 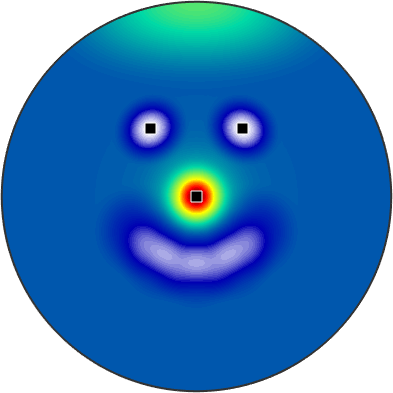 accordingly we can compute it by

or more efficiently by the command norm

The differential of a spherical function in a specific point is a gradient, i.e., a three-dimensional vector which can be computed by the command grad

The gradients of a spherical function in all points form a spherical vector field and are returned by the function grad as a variable of type S2VectorFieldHarmonic. 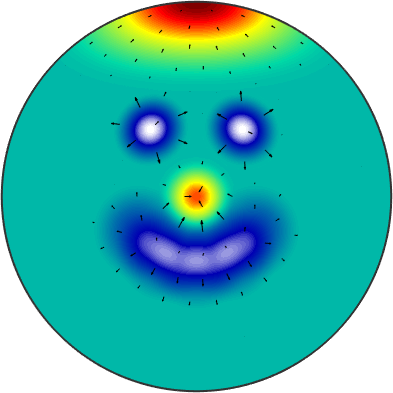 We observe long arrows at the positions of big changes in intensity and almost invisible arrows in regions of constant intensity.

Rotating a spherical function works with the command rotate 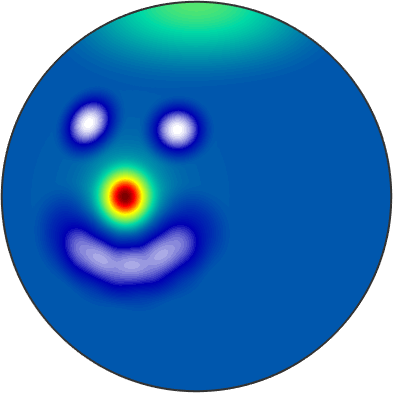 A special case of rotation is symmetrysing it with respect to some symmetry. The following example symmetrises our smiley with respect to a two fold axis in \(z\)-direction 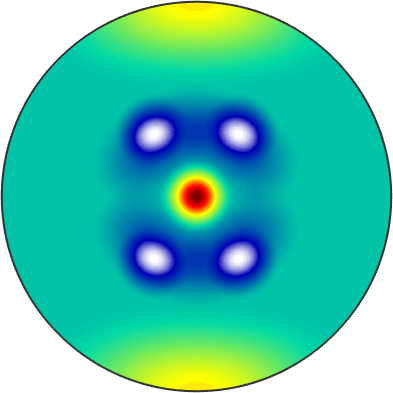 The resulting function is of type S2FunHarmonicSym and knows about its symmetry.