Unlike the common Matlab command colorbar the MTEX command mtexColorbar allows you to add a colorbar to all subplots in a figure.

Executing the command mtexColorbar twice deletes the colorbar. You can also have a horizontal colorbar at the bottom of the figure by setting the option location to southOutside. Further, we can set a title to the colorbar to describe the unit. 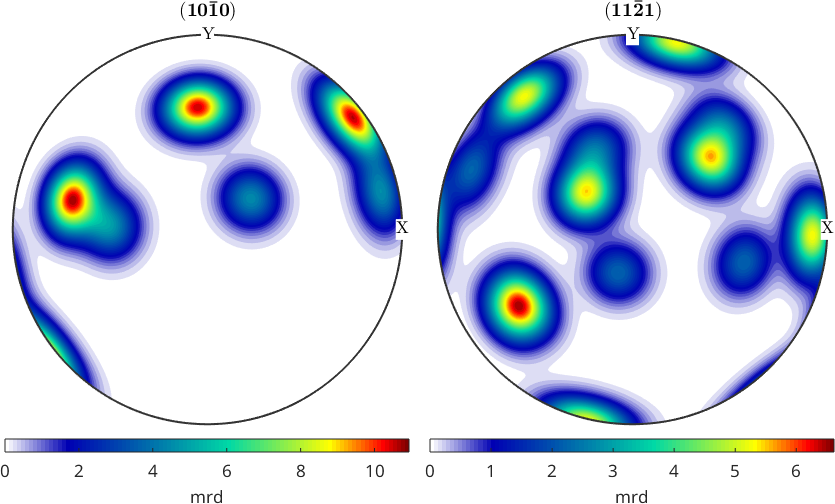 If color range is set to equal in an MTEX figure only one colorbar is added (see. Color Coding).

Pole figures and inverse pole figures are much better readable if they include specimen or crystal directions. Using the MTEX command annotate one can easily add specimen coordinate axes to a pole figure plot. 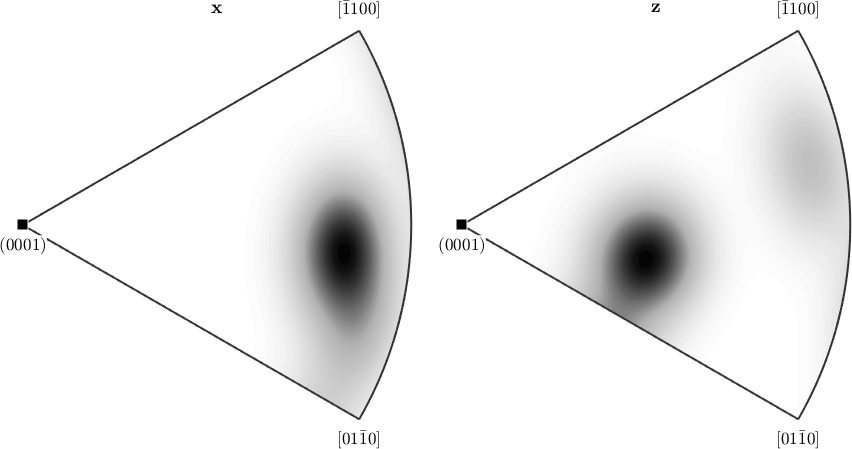 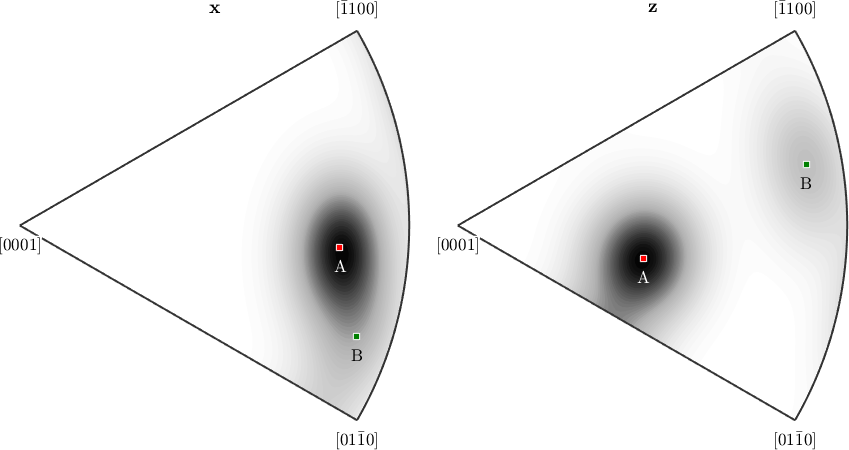 as well as in ODF plots 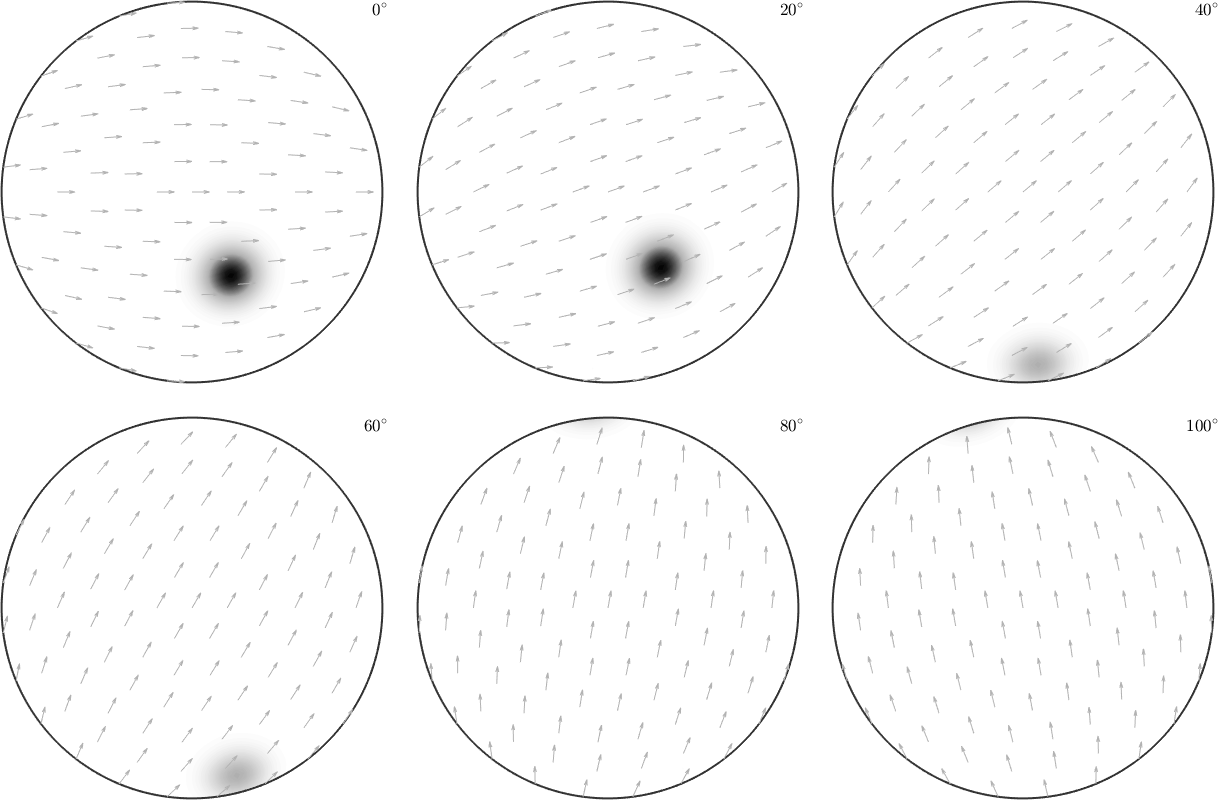 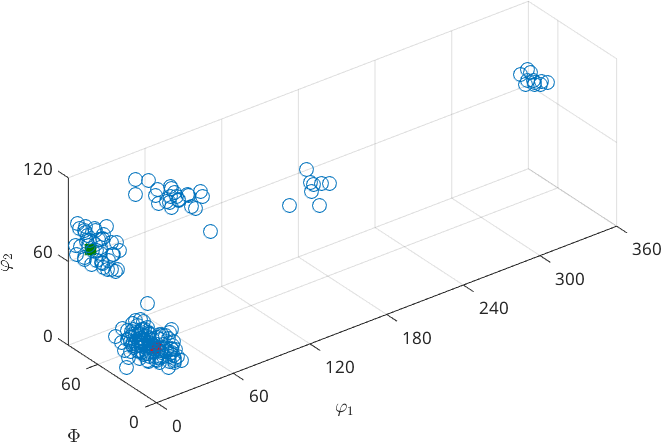 If you have multiple data in one plot then it makes sense to add a legend saying which color / symbol correspond to which data set. The key is to use the option DisplayName available for all plotting commands to include the resulting graphical object into the legend and give it a name. 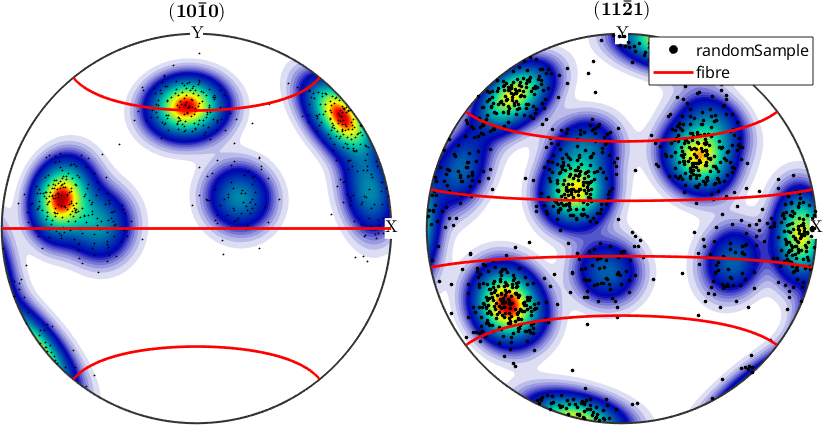 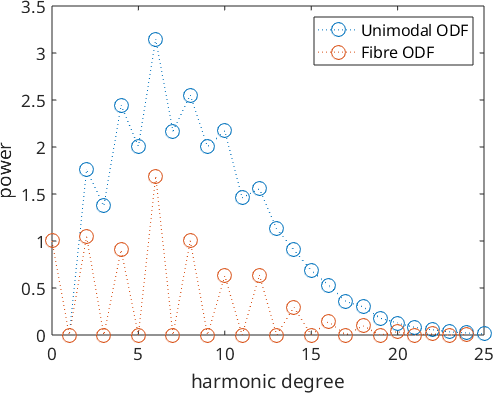 Sometimes it is useful to have a spherical grid in your plot to make the projection easier to understand or if you need to know some angular relationships. For this reason, there is the option grid, which enables the grid and the option grid_res, which allows to specify the spacing of the grid lines. 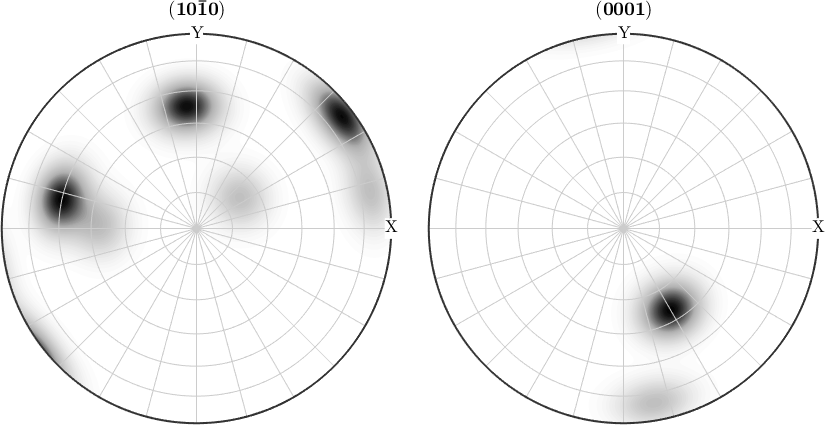