In order to illustrate the concept of pole figures at an example lets us first define some model ODFs to be plotted later on.

Plotting some pole figures of an ODF is straight forward using the plotPDF command. The only mandatory arguments are the ODF to be plotted and the Miller indice of the crystal directions you want to have pole figures for 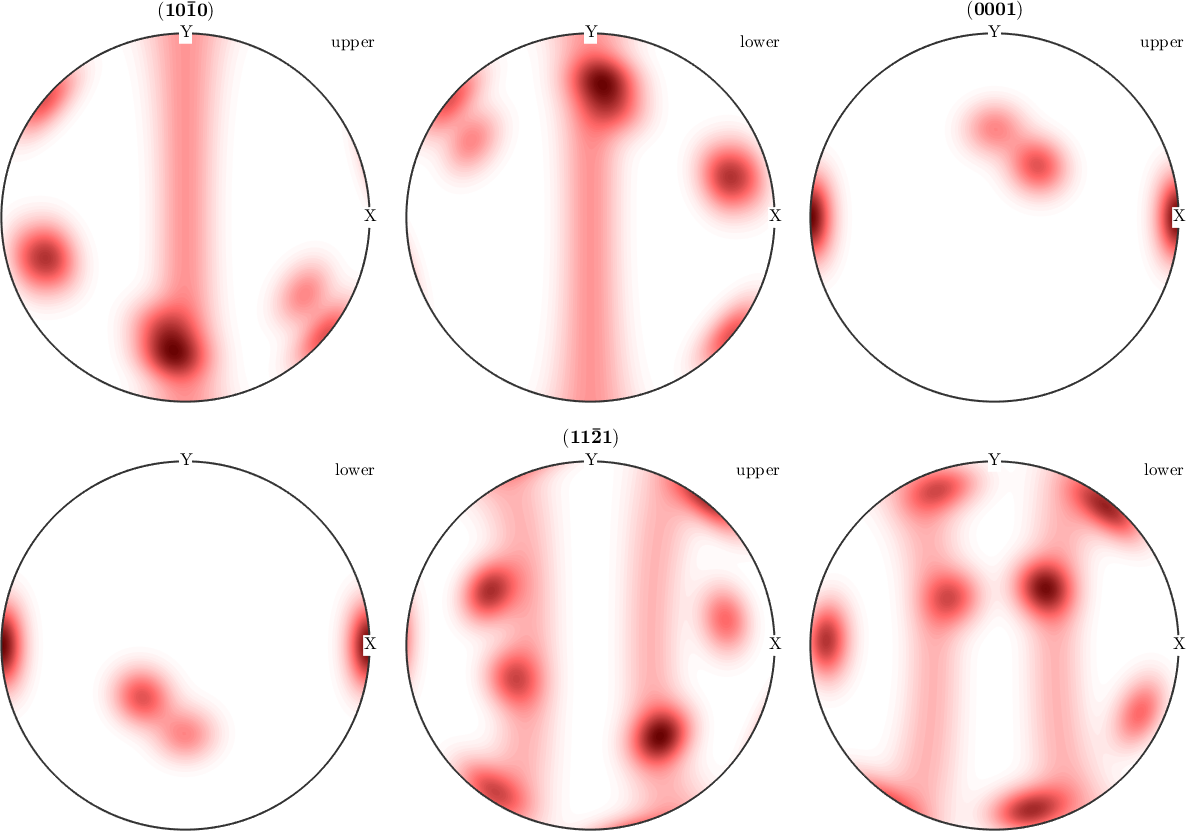 We see that in general upper and lower hemisphere of the pole figure do not coincide. This is only the case if one one following reason is satisfied

In MTEX antipodal symmetry can be enforced by the use the option 'antipodal'. 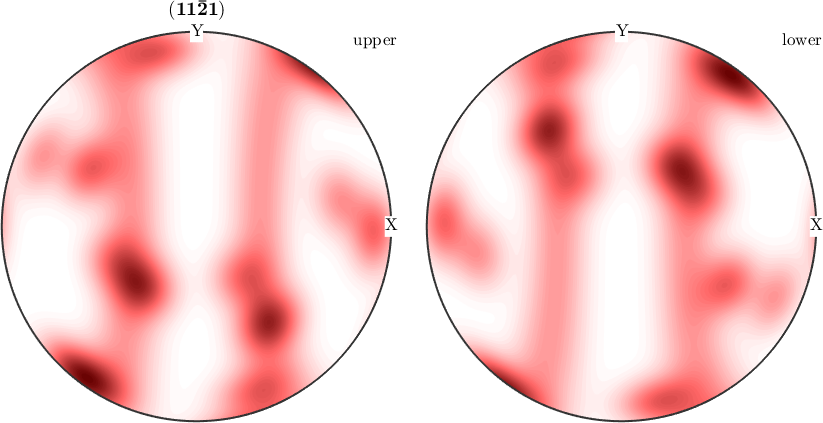 Evaluation of the corresponding pole figure or inverse pole figure is done using the command calcPDF.

For a more complex example let us define a fibre and plot the ODF there. 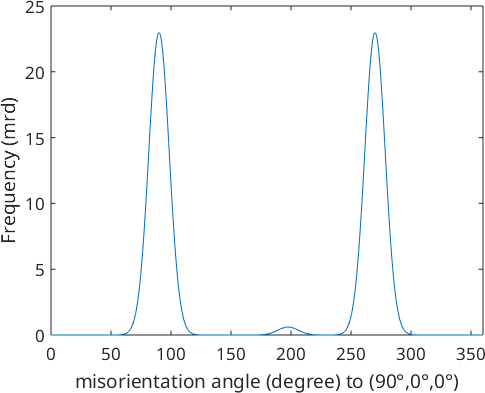