This issue does not only apply to the mean but actually to all statistical methods that work well for vectorial data and that one would like to apply to orientation data. 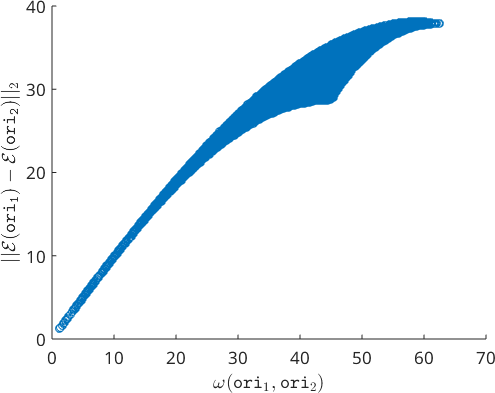 By construction the embeddings of all orientations have the same norm.

of the mean embedding with the standard deviation 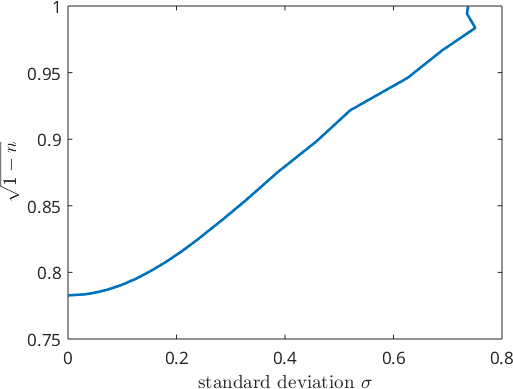 It appears as if the norm of the mean embedding is a function of the standaerd deviation. However, the reason for this false relationship is that we have generated the orientations out of a single family of random variables - unimodal de la Vallee Poussin distributed density functions. A broader family of density function are the Bingham distributions. Lets repeat the experiment for this family. 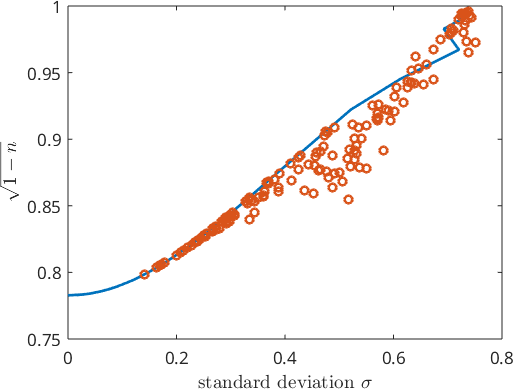 We observe that there is no one-to-one relatioenship between the discrete standard deviation.

The following operations are supported for embeddings:

The theory behind these embeddings is explained in the paper