Misorientation describe the relative orientation of two crystal with respect to each other. Those crystal may be of the same phase or of different phases. Misorientation are used to describe

Misorientation describes the relative orientation of two grains with respect to each other. Important concepts are twinnings and CSL (coincidence site lattice) misorientations. To illustrate this concept at a practical example let us first import some Magnesium EBSD data. 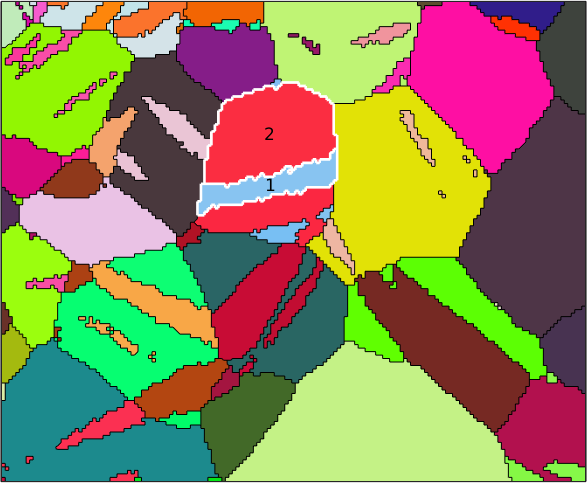 After extracting the mean orientation of grain 74 and 85

we may compute the misorientation angle between both orientations by

Note that the misorientation angle is computed by default modulo crystal symmetry, i.e., the angle is always the smallest angles between all possible pairs of symmetrically equivalent orientations. In our example this means that symmetrisation of one orientation has no impact on the angle

The misorientation angle neglecting crystal symmetry can be computed by

We see that the smallest angle indeed coincides with the angle computed before.

Conversely, the inverse of mori is the coordinate transform from crystal 74 to grain 85. 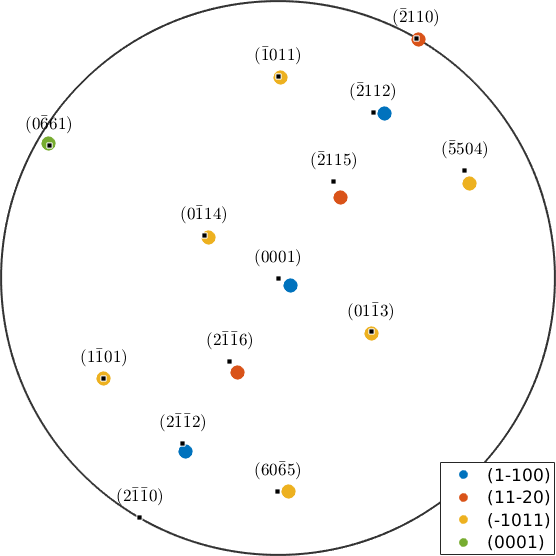 and plot the same figure as before with the exact twinning misorientation. 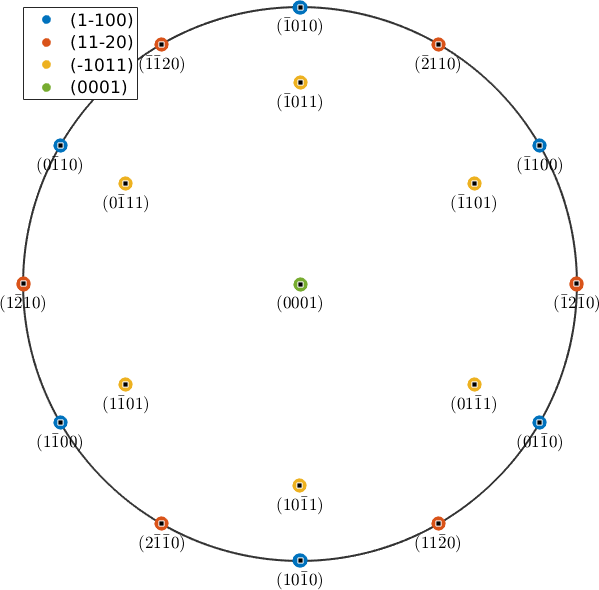 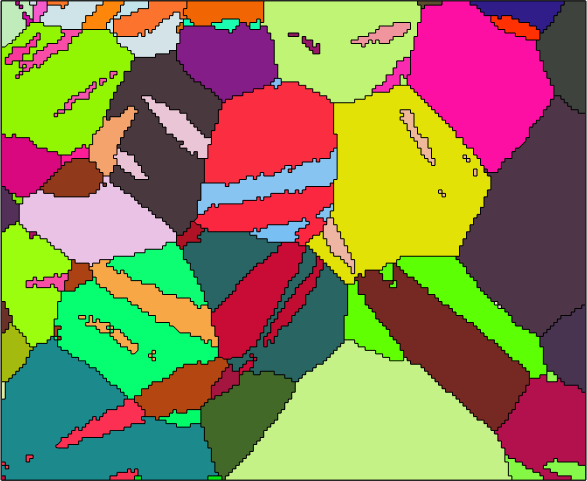 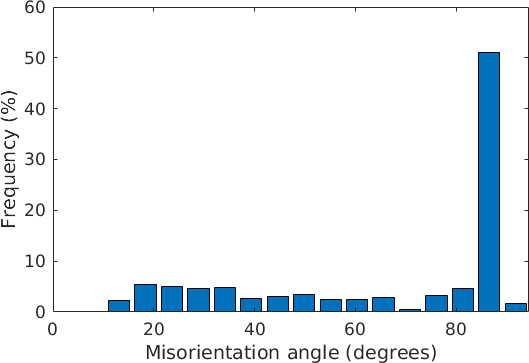 From this we observe that we have about 50 percent twinning boundaries. Analogously we may also plot the axis distribution 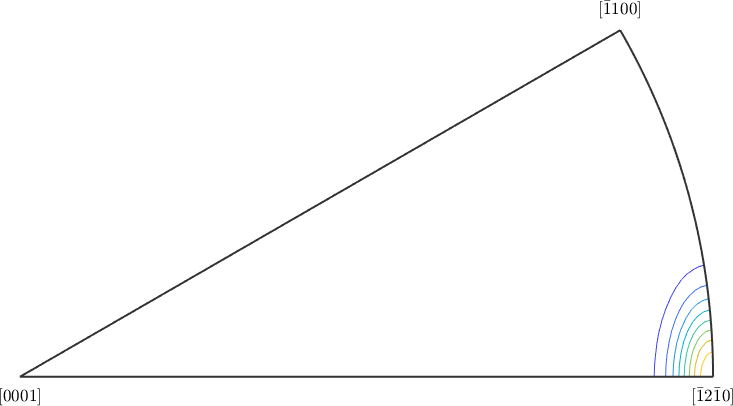 which emphasises a strong portion of rotations about the (-12-10) axis.

Misorientations may not only be defined between crystal frames of the same phase. Lets consider the phases Magnetite and Hematite.

Assume a Magnetite grain with orientation

Then we can compute all variants of the phase transition by

and the corresponding pole figures by