The linear theory of ellasticity in anisotropic materials is essentialy based on the fourth order stiffness tensor C. Such a tensor is represented in MTEX by a variable of type stiffnessTensor. Such a variable can either by set up using a symmetric 6x6 matrix or by importing it from an external file. The following examples does so for the stiffness tensor for Olivine

Young's modulus is also known as the tensile modulus and measures the stiffness of elastic materials. It is computed for a specific direction d by the command YoungsModulus.

If the direction d is ommited Youngs modulus is returned as a spherical function. 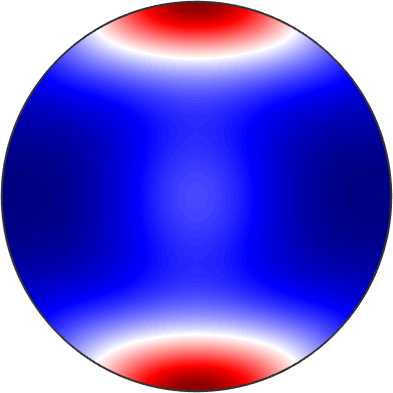 The linear compressibility is the deformation of an arbitrarily shaped specimen caused by an increase in hydrostatic pressure and can be described by a second rank tensor. Similar to the Young's modulus it can be computed by the command linearCompressibility for specific directions d or as a spherical function 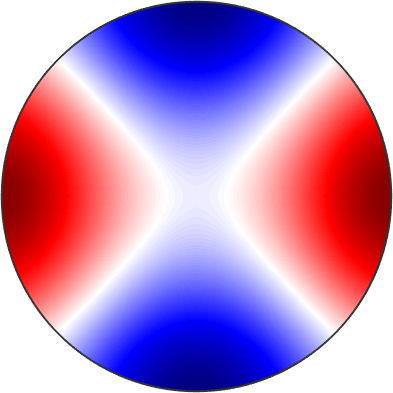 The rate of compression / decompression in a direction n normal to the pulling direction p is called Poisson ratio.

If we ommit in the call to PoissonRatio the last argument

we again obtain a spherical function. However, this time it is only meaningful to evaluate this function at directions perpendicular to the pulling direction p. Hence, a good way to visualize this function is to plot it as a section in the x/y plane 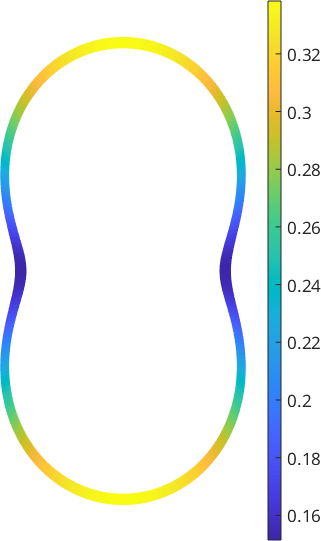 The shear modulus is TODO

Since elastic compression and decompression is mechanics of waves traveling through a medium anisotropic compressibility causes also anisotropic waves speeds. The analysis of this anisotropy is explained in the section wave velocities.