In mathematical terms, density estimation is a concept that describes estimation of a probability density function \(f_N\) from given random samples \(x_n\), \(n=1,\ldots,N\). In the simplest case the random samples \(x_n\) are real numbers and come from an unknown distribution function \(f\). The goal is to ensure that \(f_N\) approximates \(f\) as well as possible. 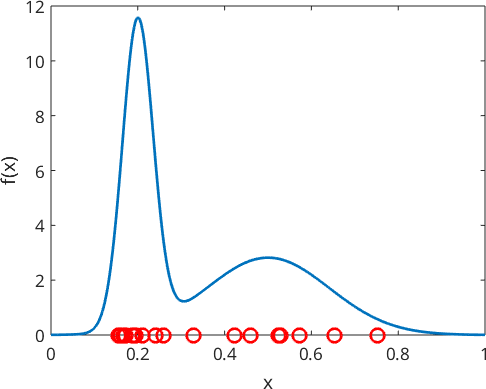 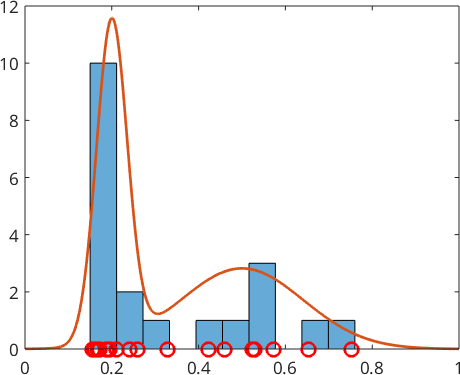 However, since the histogram always leads to a piecewise constant function (step function) the fit to the true density function \(f\) is usually not so good. A better alternative is kernel density estimation.

shift its center to the position of each sample points \(x_n\) 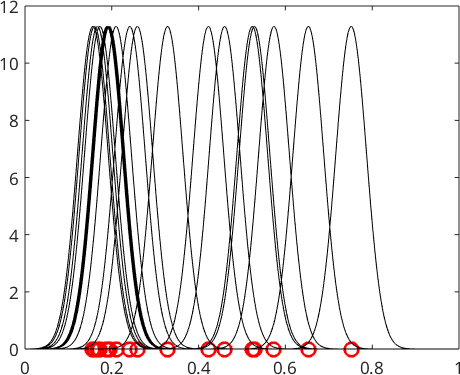 and take the mean

of all the these shifted kernel functions 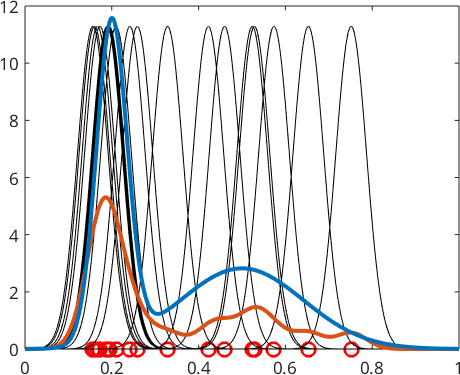 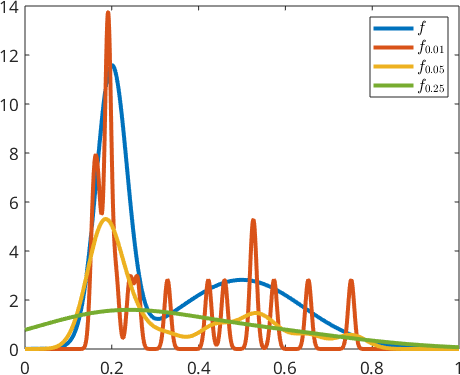 In general a too small halfwidth leads to heavily oscillating functions, while a too large halfwdith will result in excessively smooth functions. In the case of one dimensional data kernel density estimation MTEX includes automatic optomization of the halfwidth when using the command calcDensity. 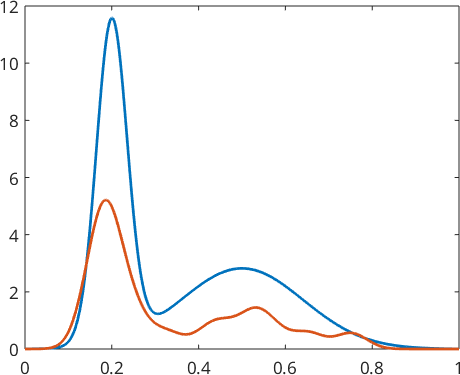 Selecting an optimal kernel halfwidth is a tough problem. MTEX provides a couple of methods for this purpose which are explained in detail in the section Optimal Kernel Selection.

The command calcDensity may also be applied to \(d\)-dimenional data. For simplicity lets consider a two-dimensional example where both \(x\) and \(y\) coordinates are distributed according to the distribution \(f\) defined at the very beginning of this section. 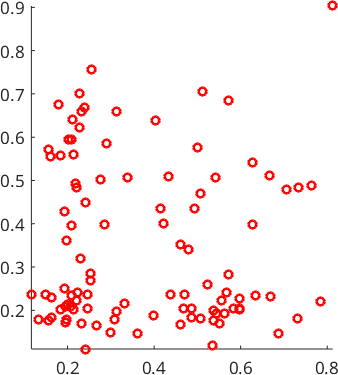 Similarly to the one dimensional example we need to specify the range of the \(x\) and \(y\) coordinates for the estimated density function. The format is [xMin yMin; xMax yMax]. 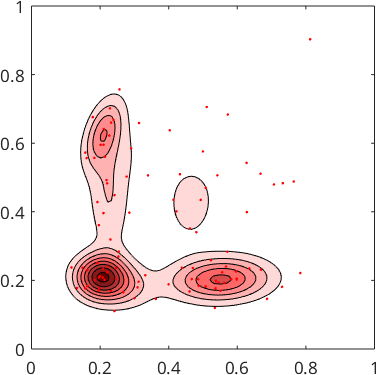 Kernel density for directional (misorientation/ crystallographic axis) data works analogously as for real valued data. Again we have to choose a kernel function \(\psi\) with a certain halfwidth \(\delta\). Than the kernel functions are centered at each direction of our random sampling and summed up. Lets us demonstrate this procedure for misorientation axes between two phases in an EBSD map 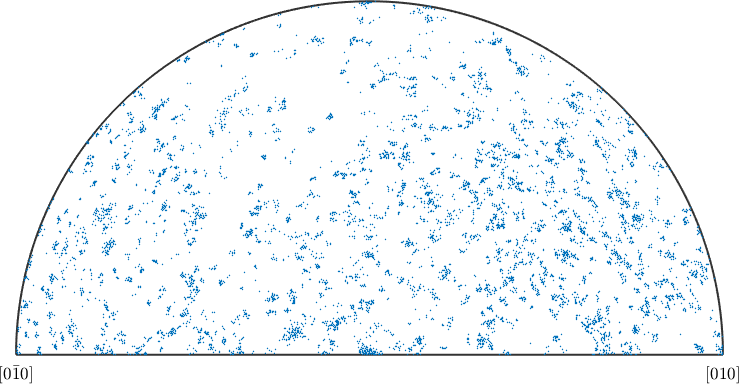 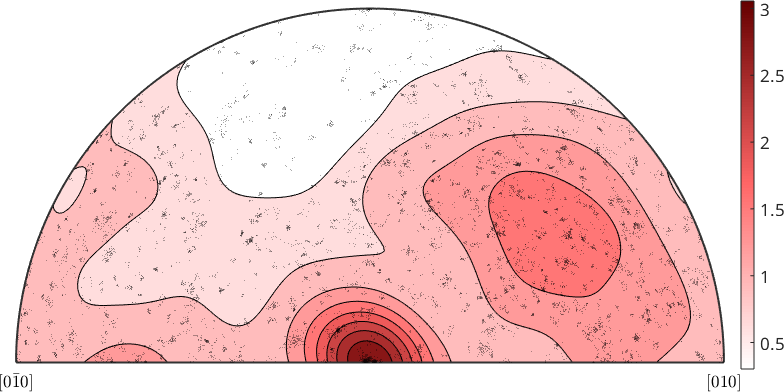 Note that the resulting variable axisDensity is of type S2FunHarmonicSym and allows for all the operations as explained in the section Operations on Spherical Functions. In order to stress once again the importance of the choice of the halfwidth of the kernel function we perform the same calculation as above but with the halfwidth set to 5 degree 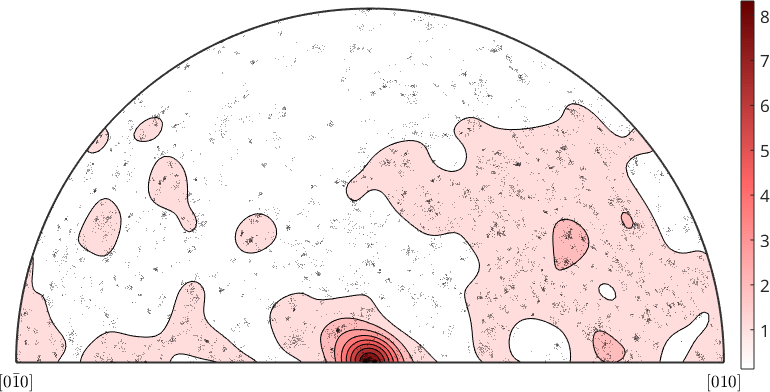 Density estimation from orientations sets the connection between individal crystal orientations, as e.g. measured by EBSD, and the orientation distribution function of a specimen. Considering the Forsterite orientations from the above EBSD map the corresponding ODF computes to

A more detailed describtion of ODF estimation from individual orientation measurements can be found in the section ODF Estimation from EBSD data.

In many use cases one has a weighted random sample. A typical example is if one wants to estimate a orientation distribution function from grain orientations. In this cases big grains should contribute more to the ODF than small grains. For that reason the functions calcDensity allow for an additional option 'weights' which will pass weights to the density estimation.