By grain reconstruction we mean the subdivision of the specimen, or more precisely the measured surface of the specimen, into regions of similar orientation which we then call grains. Note that there is no canonical definition of what is a grain. The grain reconstruction method that is default in MTEX is based on the definition of high angle grain boundaries which are assumed at the Mittelsenkrechten between neighbouring measurements whenever their misorientation angle exceeds a certain threshold. According to this point of view grains are regions surrounded by grain boundaries. 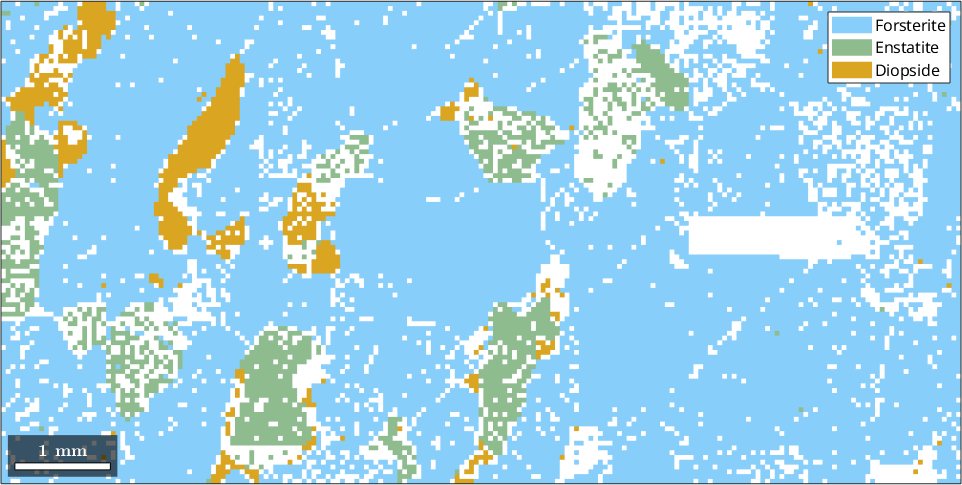 We see that there are a lot of not indexed measurements. For grain reconstruction, we have three different choices how to deal with these unindexed regions:

The second parameter that is involved in grain reconstruction is the threshold misorientation angle indicating a grain boundary. By default, this value is set to 10 degrees.

All grain reconstruction methods in MTEX are accessible via the command calcGrains which takes as input an EBSD data set and returns a list of grain.

The reconstructed grains are stored in the variable grains. Note that also the notIndexed measurements are grouped into grains. This allows later to analyze the shape of these unindexed regions.

To visualize the grains we can plot its boundaries by the command plot. 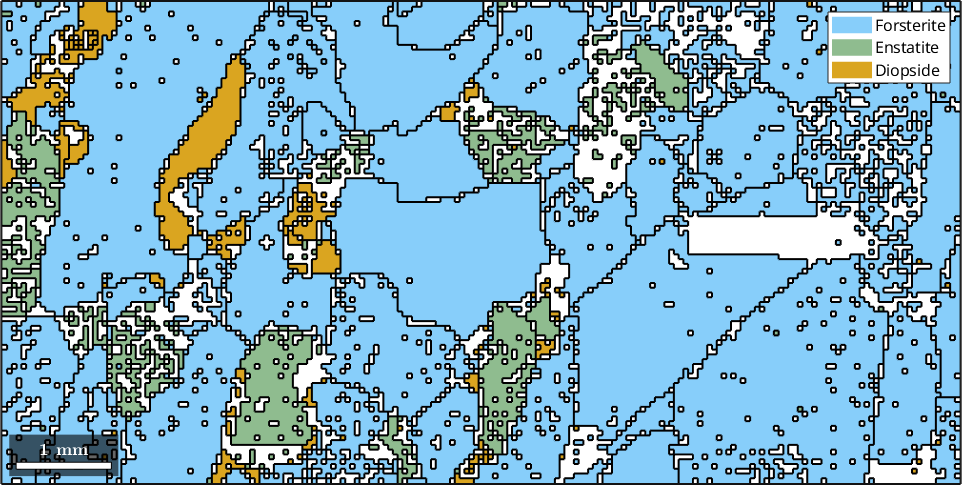 A location that does not occur in the data is assigned in MTEX to the same grain and phase as the closest measurement point - this may also be a notindexed point. Hence, filling holes in MTEX means to erase them from the list of measurements, i.e., instead of telling MTEX there is no crystal we are telling MTEX: we do not know what there is. 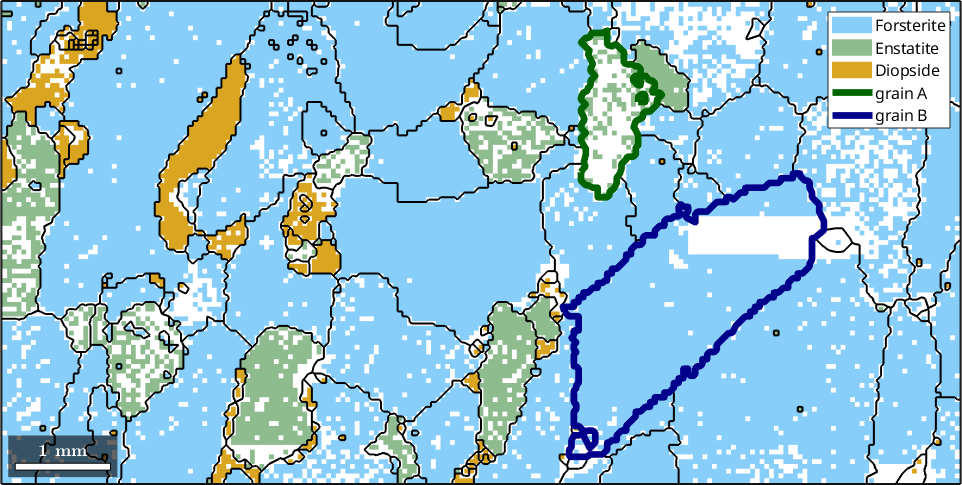 We observe, especially in the marked grains, how MTEX fills notindexed regions and connects otherwise separate measurements to grains. As all information about not indexed regions were removed the reconstructed grains fill the map completely 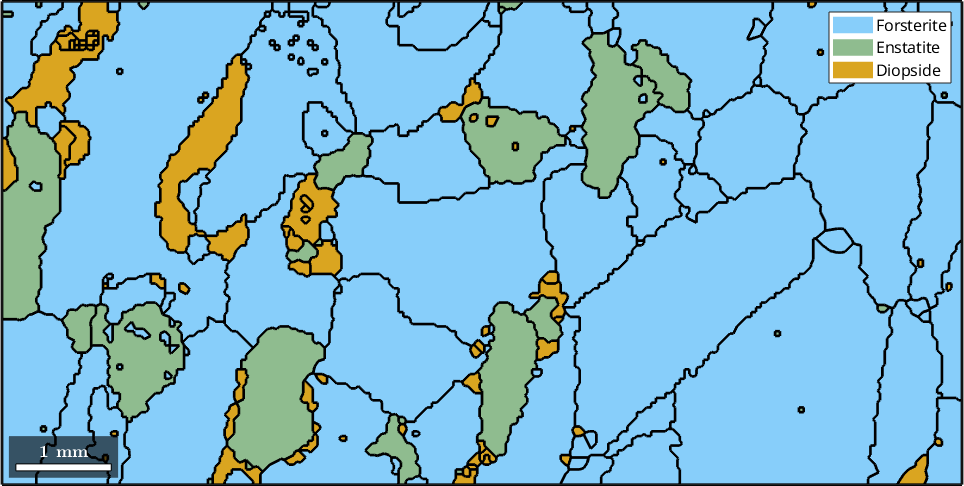 We see that we have 1139 not indexed regions. A good measure for compact regions vs. cluttered regions is the quotient between the area and the boundary length. Lets, therefore, plot the "not indexed grains" colorized by this quotient

Regions with a high quotient are blocks which can be hardly correctly assigned to a grain. Hence, we should keep these regions as not indexed and only remove the not indexed information from locations with a low quotient. 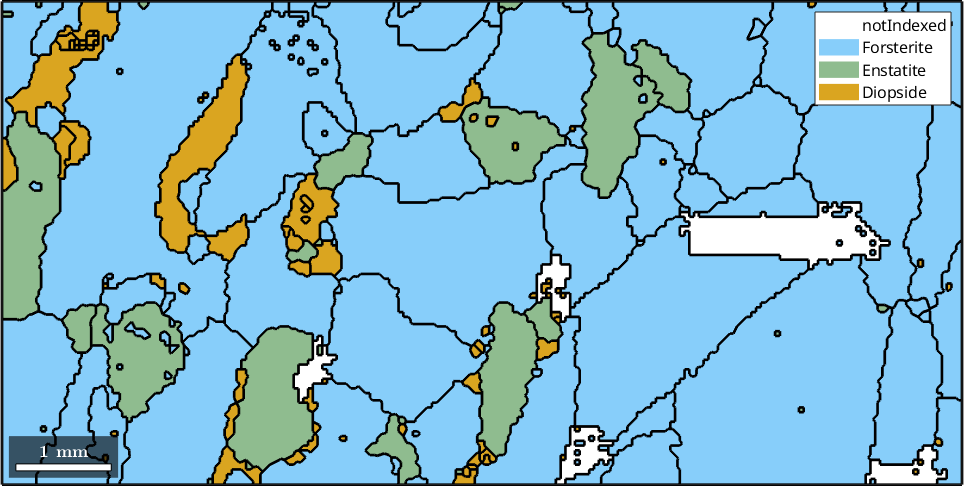 We see that that all the narrow not indexed regions have been assigned to the surounding grains while the large regions have been left unindexed. Finally, the image with the raw EBSD data and on top the grain boundaries.

By default MTEX uses the convex hull when computing the outer boundary for an EBSD data set. This leads to poor results in the case of non convex EBSD data sets. 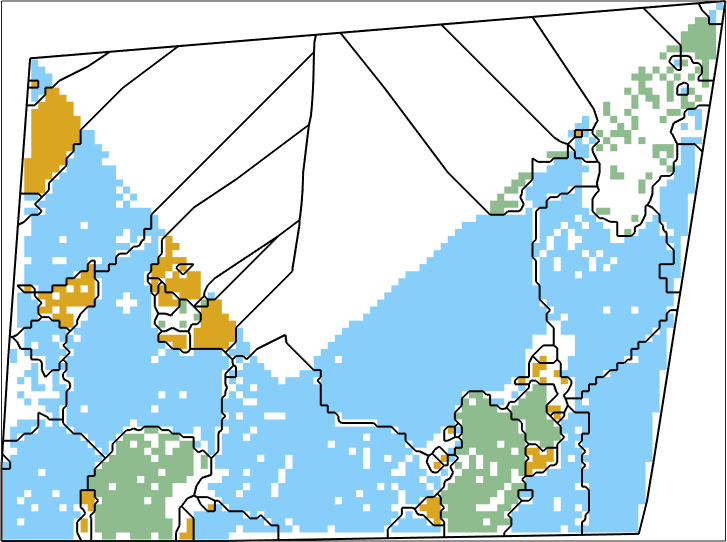 We see that the grains badly fill up the entire convex hull of the data points. This can be avoided by specifying the option tight for the determination of the outer boundary. 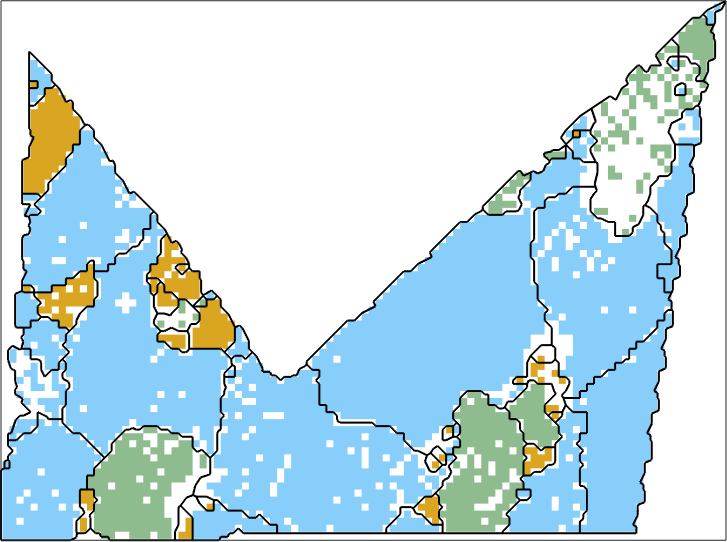