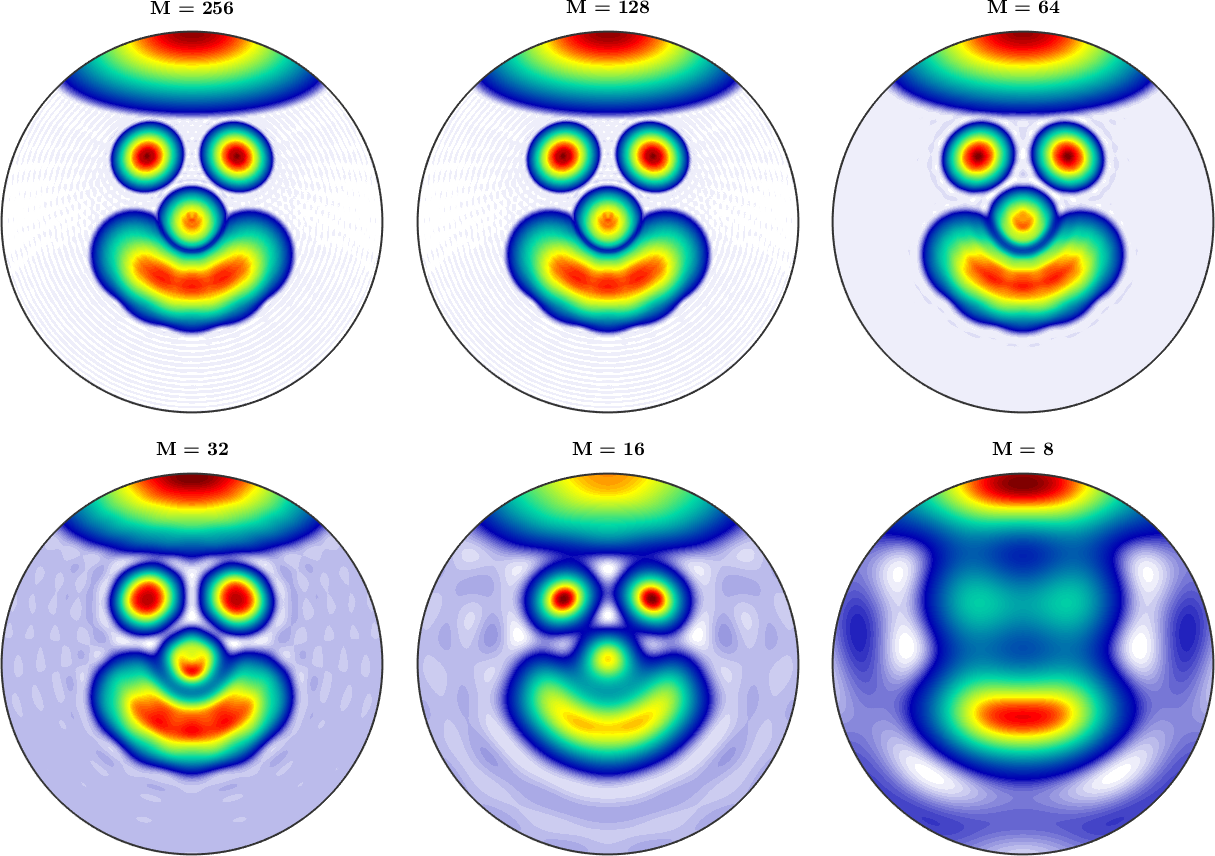 Now we can compute the Harmonic representation this function and turn it into a variable of type S2FunHarmonic using the command S2FunHarmonic.quadrature 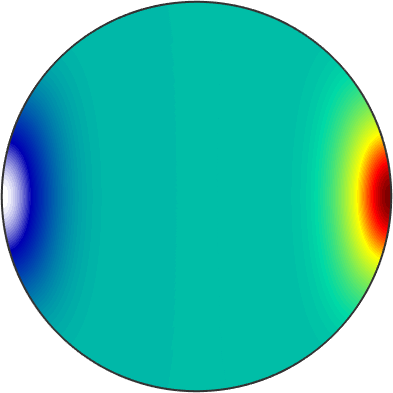 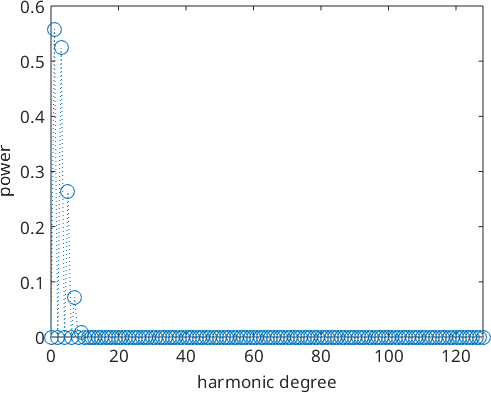 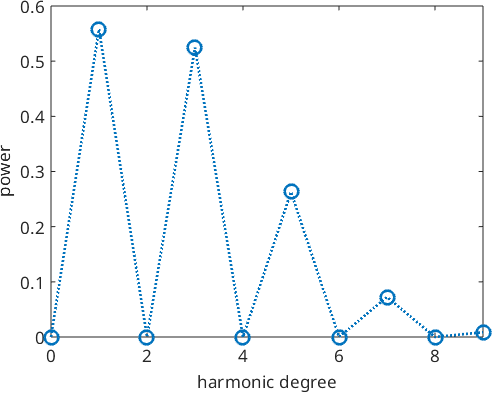 In particular all operation on those functions are implmented as operations on the Fourier coefficients.

The crucial parameter when representing spherical functions by their harmonic series expansion is the harmonic cut off degree \(M\). .

To concluse this session we plot the first ten spherical harmonics