The Bingham distribution on the sphere is an antipodal symmetric distribution (Bingham, 1974) with a probabiliy density function given by 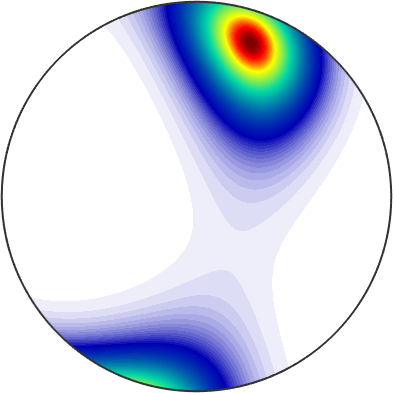 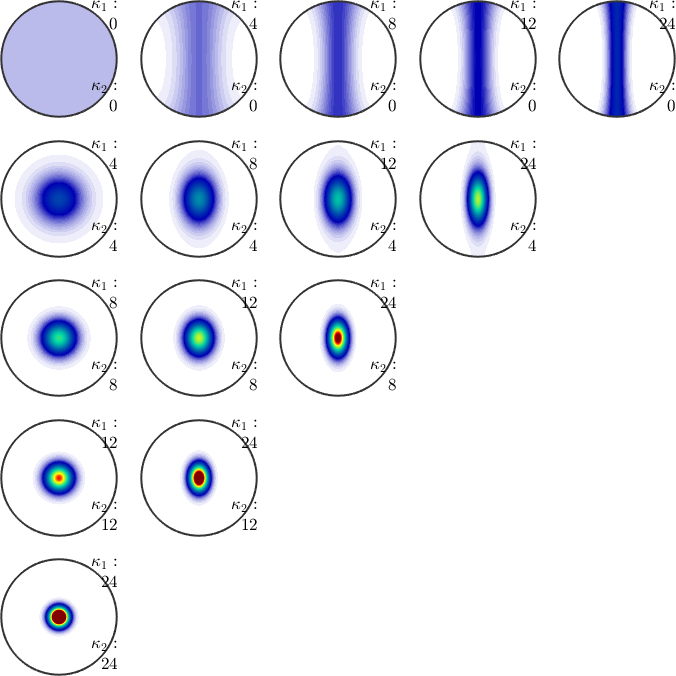 Drawing a random sample of the Bingham distribution 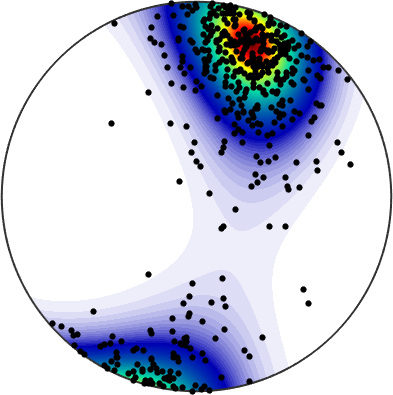 Lets plot the fitted distribution with the data 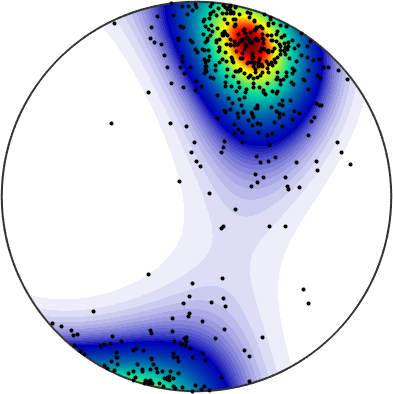 Under the assumption of sufficiently many and sufficently concetrated data we may also estimate a confidence ellipse for the mean direction (default p = 0.95). The center of the ellipse is given by the largest principle vector stored in bs.a(3) 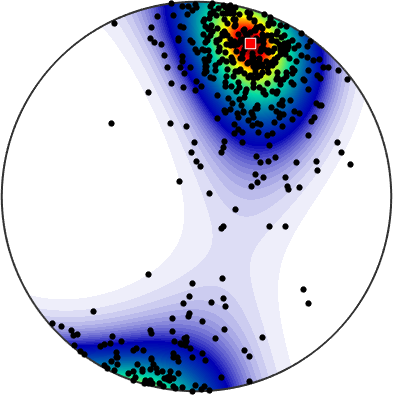 The orientation of the ellipse is specified by all the principle vectors bs.a and the a and b axes are computed by the command cEllipse 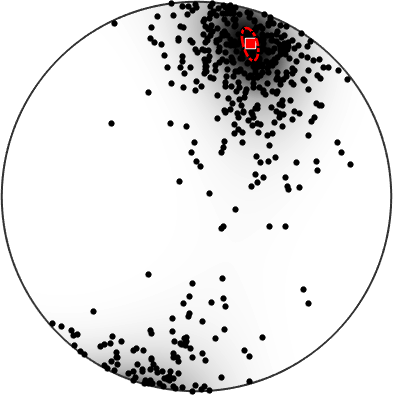