We start by importing some EBSD data and reconstructing some grains

Accodingly, changing the color stored in the crystal symmetry changes the color in the map

The color can also been specified directly by using the option FaceColor. Note, that this requires the color to be specified by RGB values.

Coloring grains according to their mean orientations is very similar to EBSD maps colored by orientations. The most important thing is that the misorientation can only extracte from grains of the same phase.

This implicte way gives no control about how the color is computed from the meanorientation. When using the explicite way by defining a orientation to color map

As an example we colorize the grains according to their aspect ratio.

we see that we have a very alongated grain which makes it difficult to distinguesh the aspect ration of the other grains. A solution for this is to specify the values of the aspect ration which should maped to the top and bottom color of the colormap

Plotting the orientation within a grain

In order to plot the orientations of EBSD data within certain grains one first has to extract the EBSD data that belong to the specific grains. 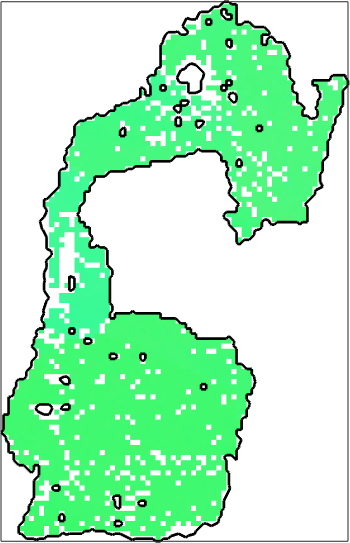 We may also visualize directions by arrows placed at the center of the grains. 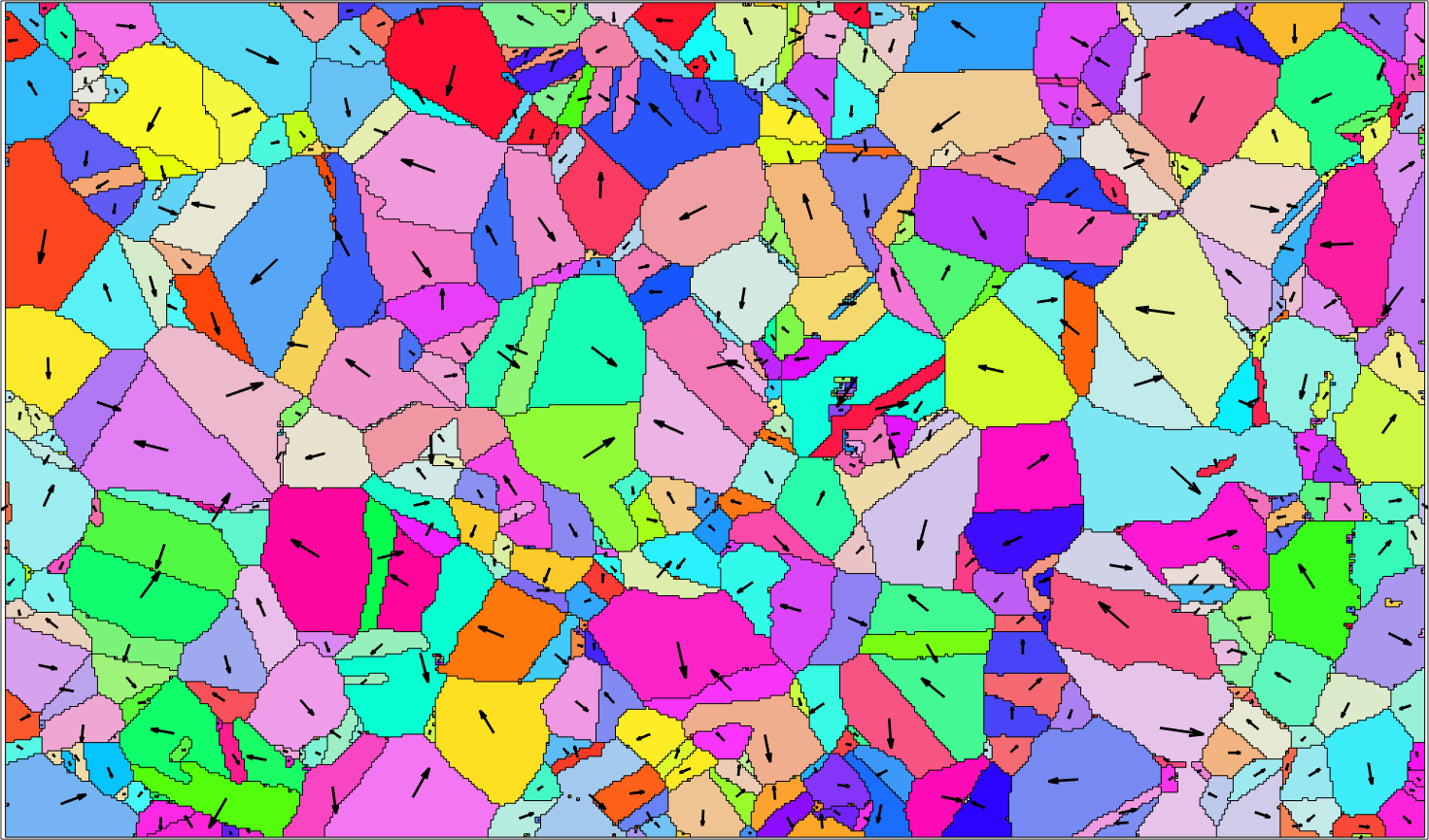 In the above example the vectors are centered at the centroids of the grains. Other elements 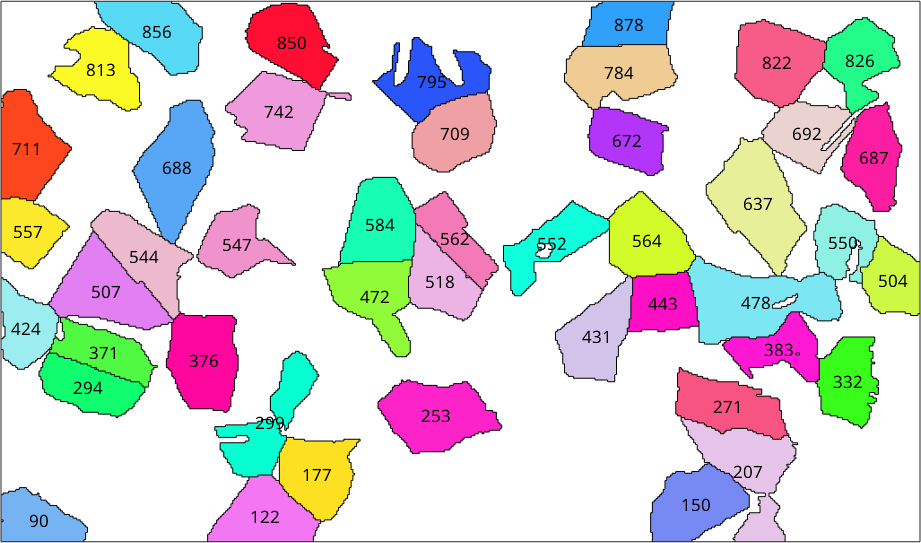