In this section we discuss how to select specific EBSD data by certain properties. Let us first import some example EBSD data using the command mtexdata.

These data consist of three indexed phases, Forsterite, Enstatite and Diopside. The not indexed phase called not Indexed. The phases can be visualized by

After import the EBSD data are stored in the variable ebsd which is essentially a long list of x and y values together with phase information and orientations. In order to restrict this list to a certain phase just use the mineral name as an index, i.e.

contains only the Forsterite measurements. In order to extract a couple of phases, the mineral names have to be grouped in curled parenthesis.

As an example, let us plot the Forsterite data.

The data is colorized according to its orientation. By default color of an orientation is determined by its position in the 001 inverse pole figure which itself is colored as 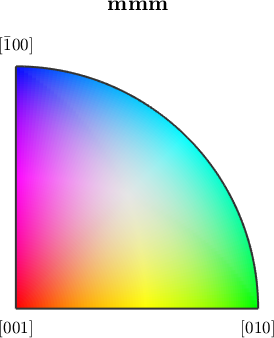 Restricting to a region of interest

If one is not interested in the whole data set but only in those measurements inside a certain polygon, the restriction can be constructed as follows:

plot the ebsd data together with the region of interest

The command inpolygon checks for each EBSD data point whether it is inside a polygon or not, i.e.

results in a large vector of TRUE and FALSE stating which data points are inside the region. Restricting the EBSD data by this condition is done via 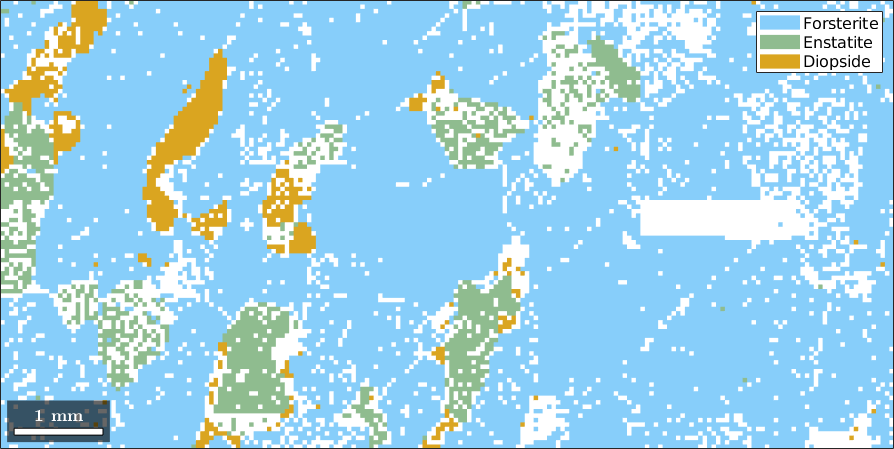 Note, that you can also select a polygon by mouse using the command

Here we will use the MAD to identify and eliminate inaccurate measurements. 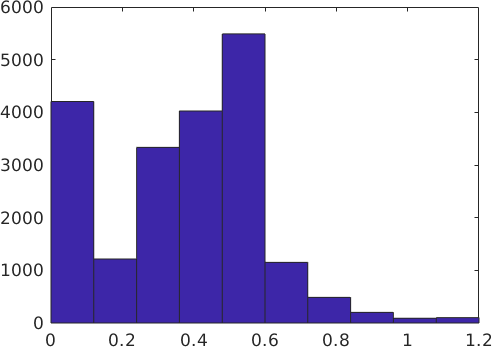 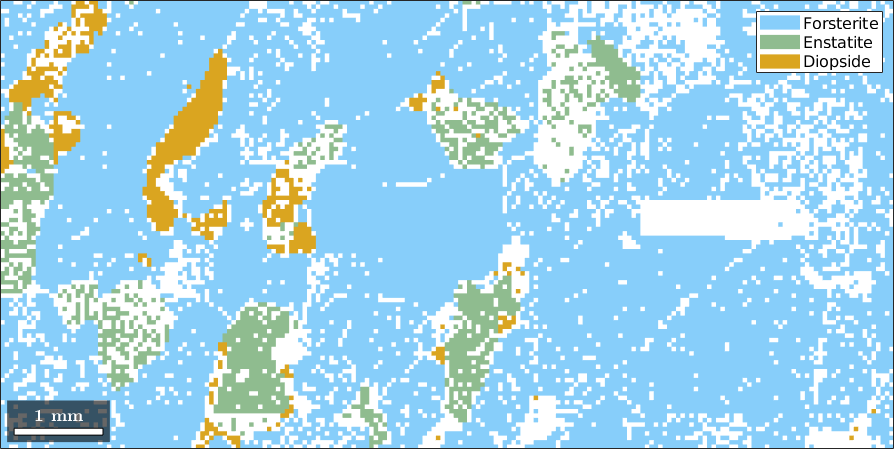