Original code can be requested to lebenso@lanl.gov

Import the orientations generated by VPSC

Running a simulation in VPSC ussually results in an output file TEX_PH1.OUT which contains multiple sets of orientations for different strain levels. As these files does not contain any information on the crystal symmetry we need to specify it first

In the next step the orientations are imported and converted into a list of ODFs using the command ODF.load. 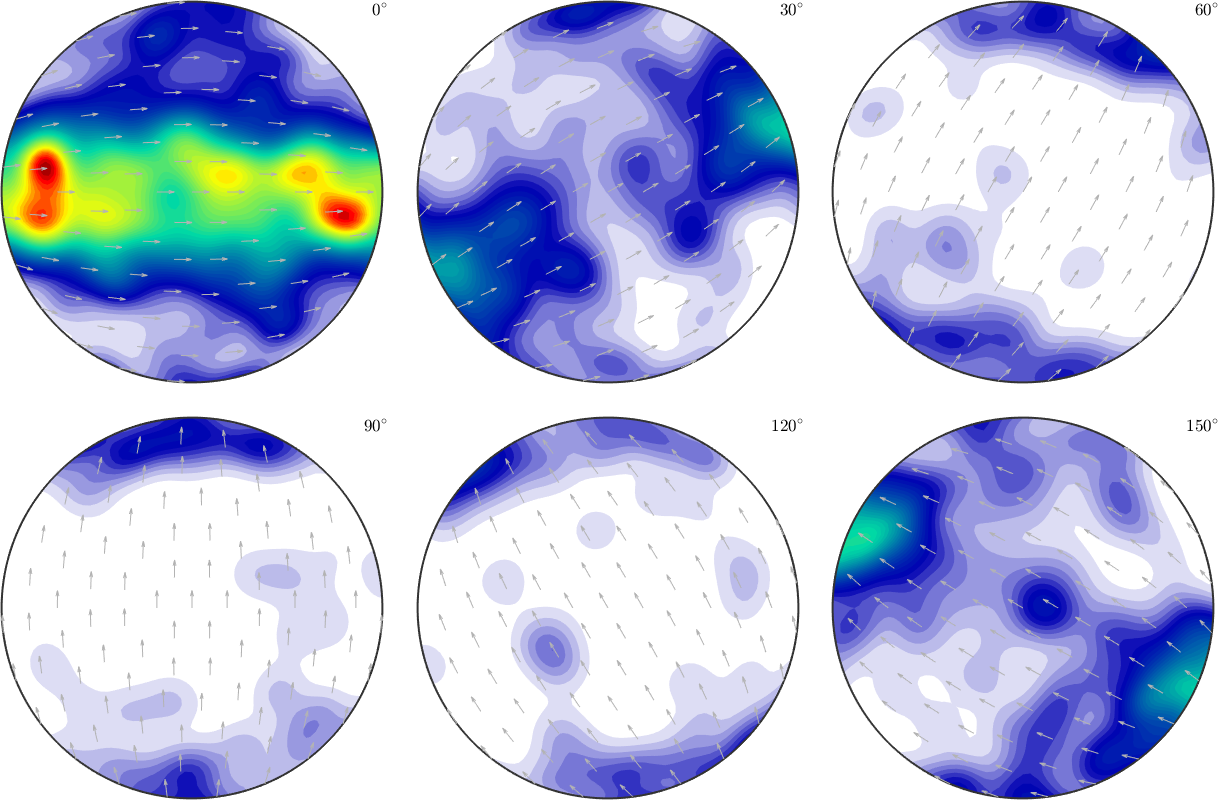 Next we examine the evaluation of the ODF during the deformation by plotting strain depended pole figures. 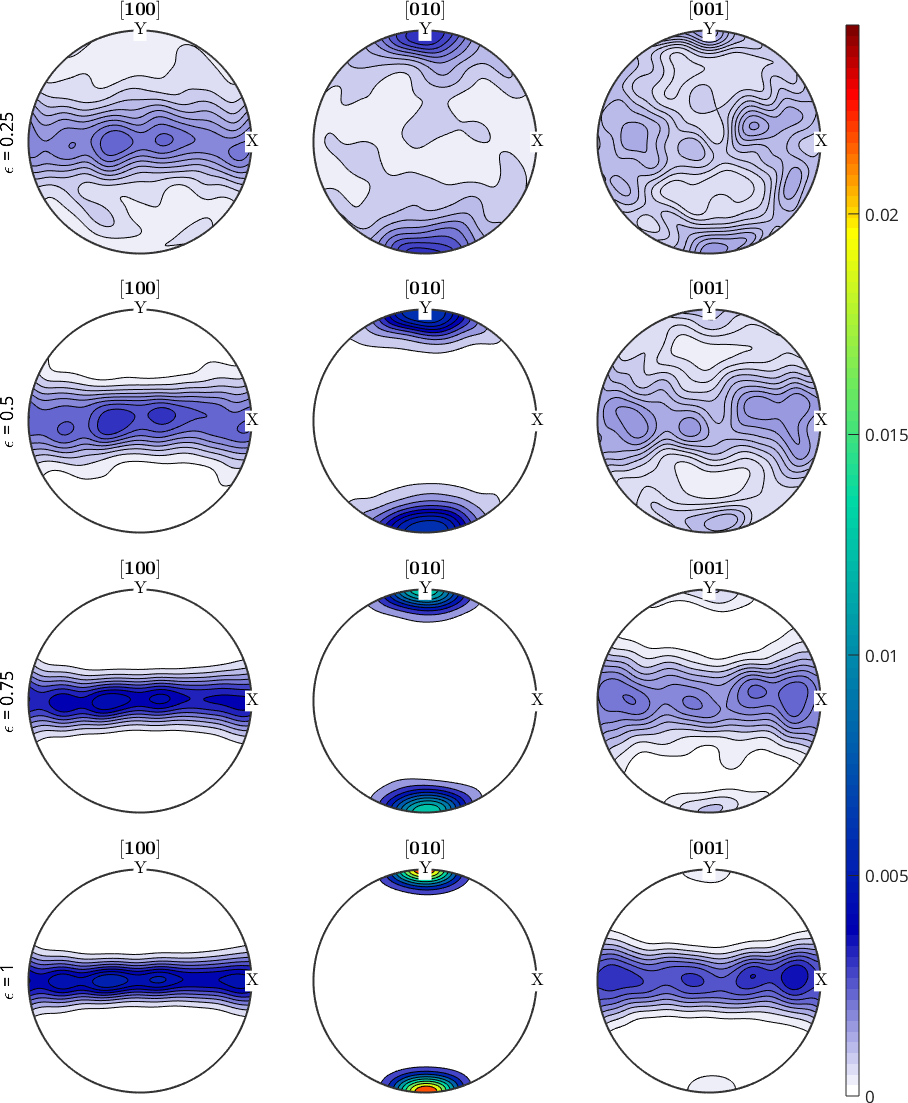 Alongside with the orientation data VPSC also outputs a file ACT_PH1.OUT which contains the activity of the different slip systems during the deformation. Lets read this file as a table 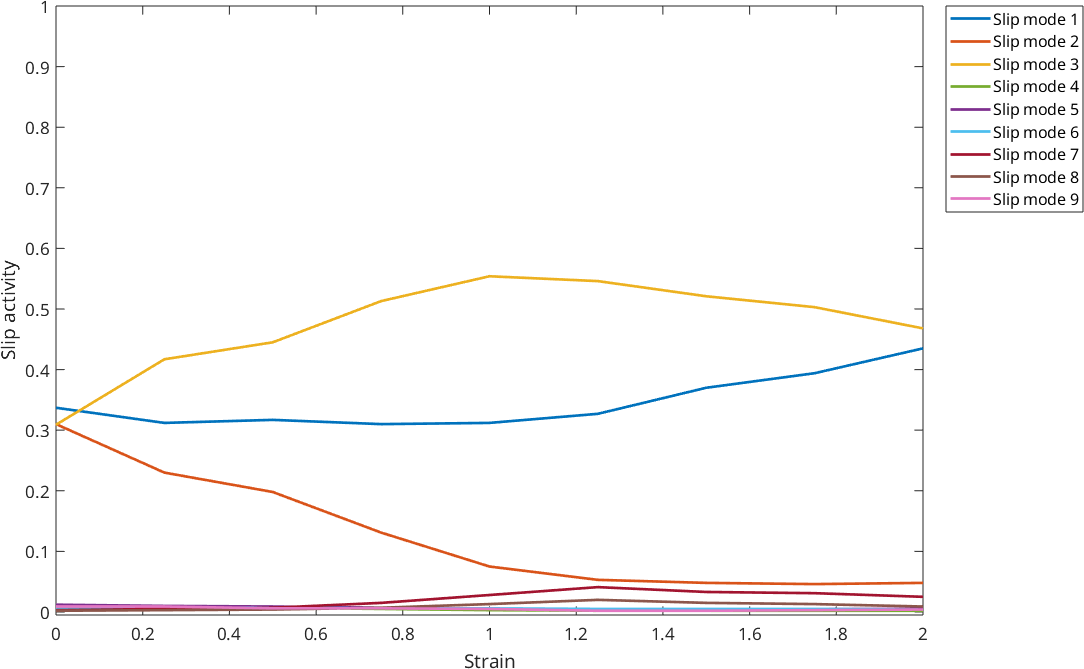