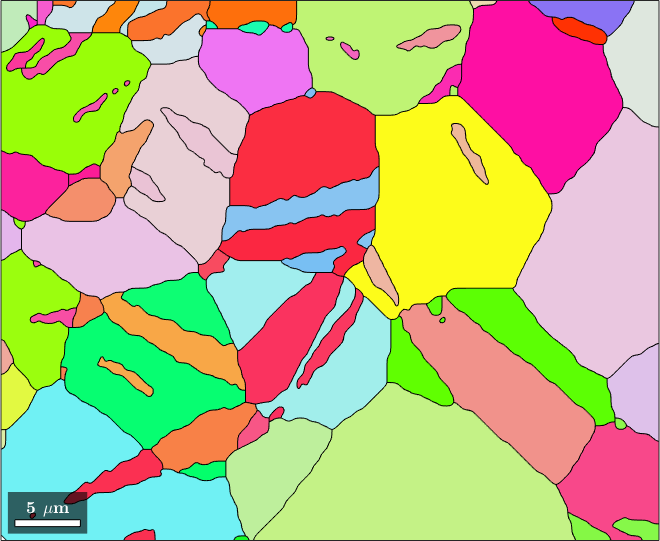 Next we identify all twinning boundaries 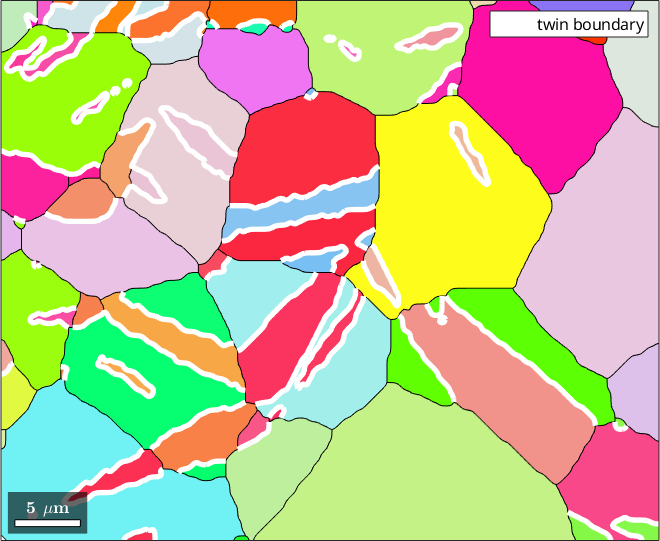 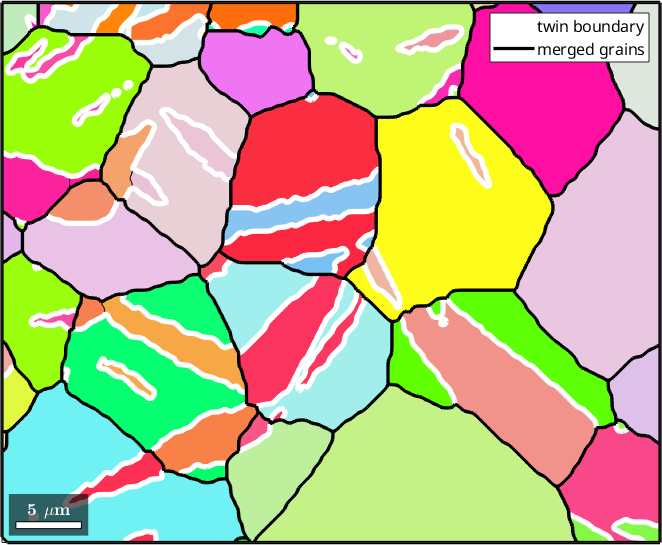 The second output argument paraentId of merge is a list with the same size as the child grains which indicates for each child grain into which parent grain it has been merged. The id of the common grain is usually different from the ids of the merged grains and can be found by

Hence, we can find all childs of grain 16 by

Determining which of the measured grains are orginal grains and which are twins is a tough problem. Here we make a very simple assumption by labeling those areas as twins that make up less than half of the merged (original) parent grain 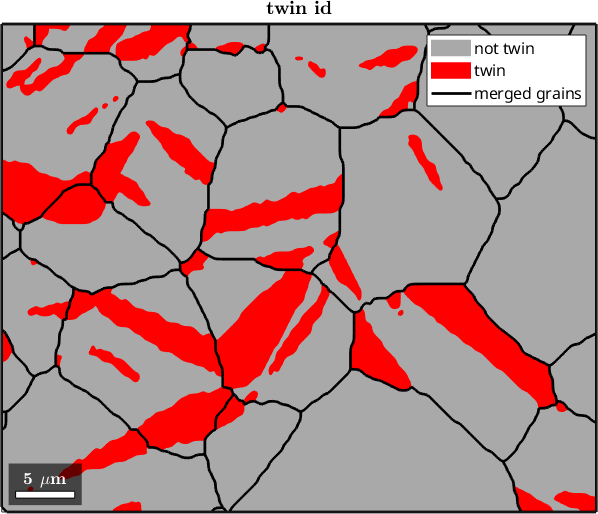 The parentId may also be used to compute properties of the parent grains by averaging over the corresponding child grain properties. This can be done with the Matlab command accumarray 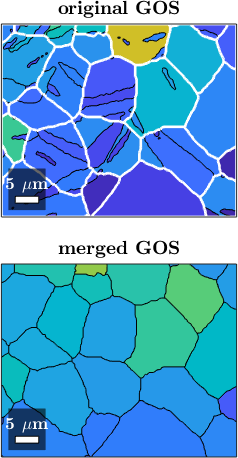 The above result is a bit unrealistic since the averages are computed between the childs ignoring their relative areas. A better approach is to compute a weighted average by the following lines. 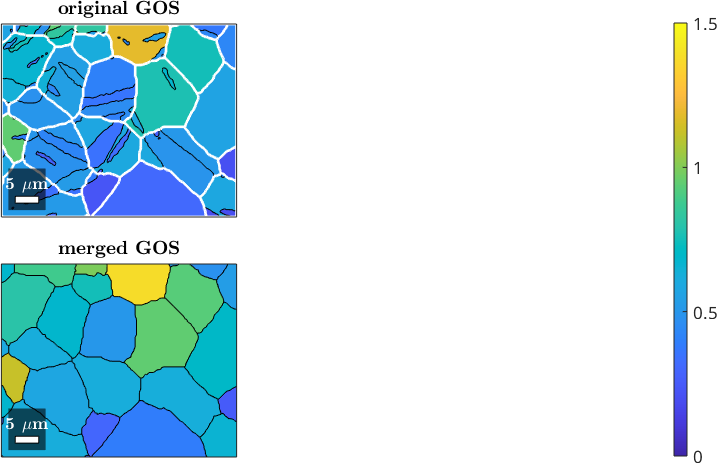 Setting Up the EBSD Data for the Merged Grains

Note that the Id's of the merged grains does not fit the grainIds stored in the initial ebsd variable. As a consequence, the following command will not give the right result 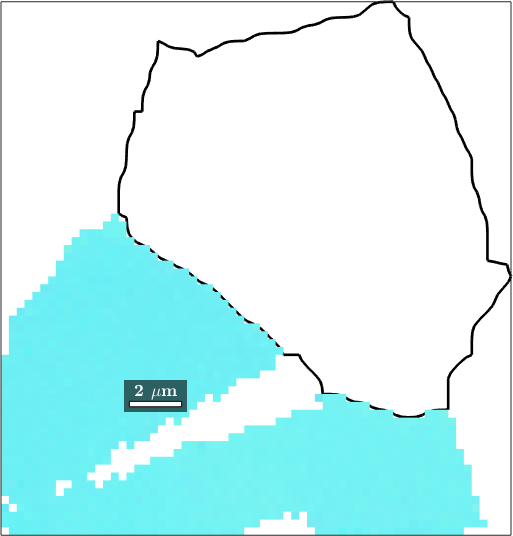 In order to update the grainId in the ebsd variable to the merged grains, we proceed as follows.

Now the variable ebsd_merged can be indexed by the merged grains, i.e. 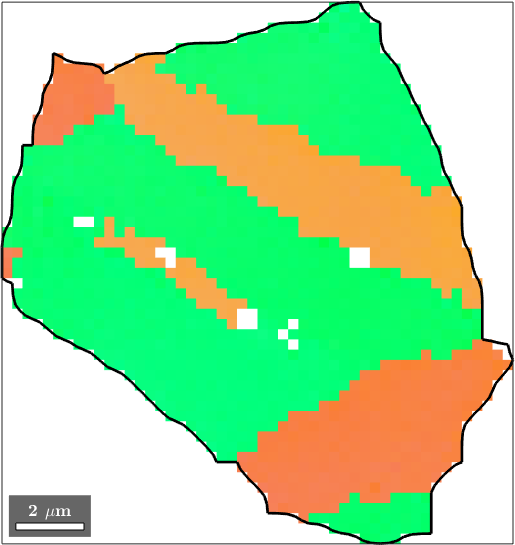