It should be noted that it is impossible to have all the 4 points mentioned above be satisfied by a single colorcoding. Hence, some compromises have to be accepted and some assumptions have to be made. While the traditional Euler angle coloring will assign different colors to similar orientations, i.e. will introduce color jumps and break with the first requirement the default MTEX color key will assign the same color to different orientations.

Hence, there is no perfect color key, but it should be chosen depending on the information one want to extract from the orientation data. To do so MTEX offers the following possibilities:

In order to demonstrate these color keys we first import some toy data set.

The oldest way to colorize orientations is to simply map the three Euler angles into the RGB values. This can be done by

Although this visualization looks very smooth, the orientation map using Euler angles introduces many of color jumps. This becomes obvious when plotting the colors as sigma sections, i.e., for fixed differences \(\phi_1 - \phi_2\) 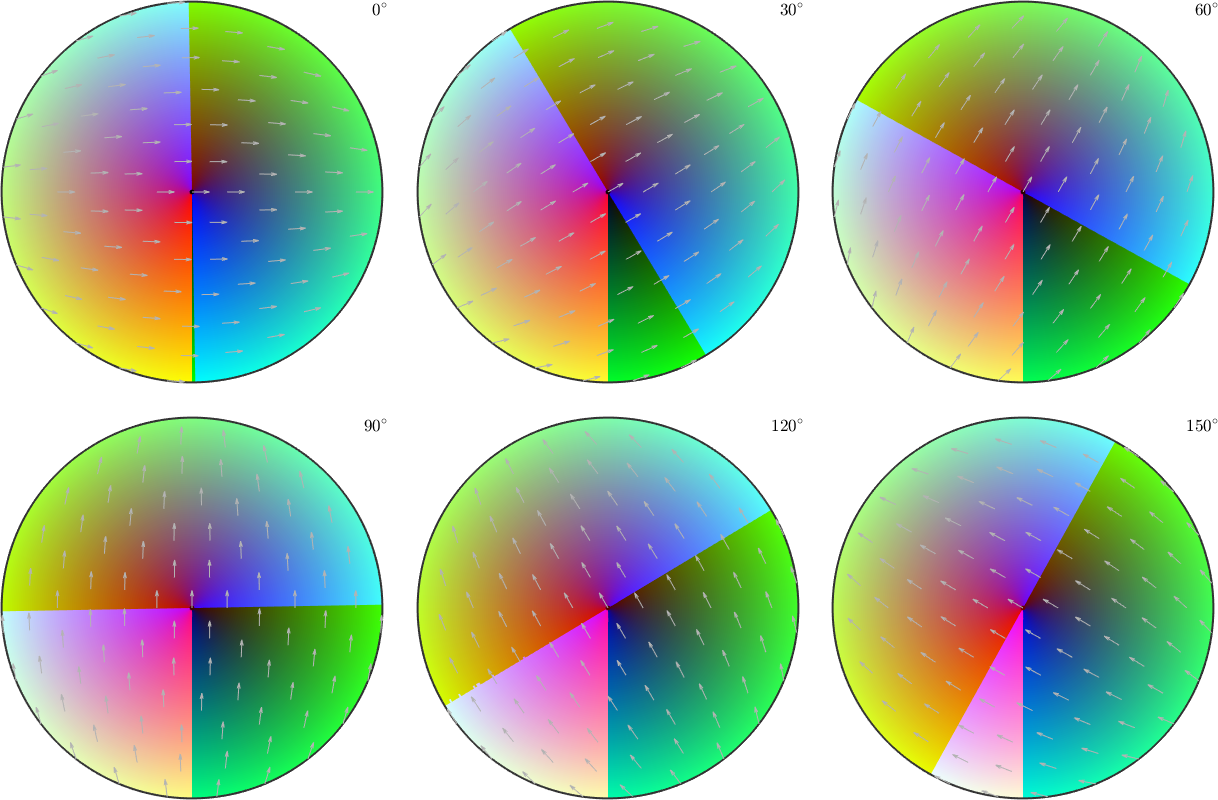 We might be interested in locating some special orientation in our orientation map. The definition of colors for certain orientations is carried out similarly as in the case of fibres

actually, the colored measurements stress a peak in the ODF

To color a fibre, one has to specify the crystal direction h together with its RGB color and the specimen direction r, which should be marked.

the option 'halfwidth' controls half of the intensity of the color at a given distance. Here we have chosen the (111)[001] fibre to be drawn in blue, and at 7.5 degrees, where the blue should be only lighter.

we can easily extend the colorcoding