This sections explains how to colorize orientation maps. The mathematics behind the default MTEX color key is explained in detail in the paper Orientations - perfectly colored.

Let us first import some sample EBSD data. We shall do this at the example of olivine data. 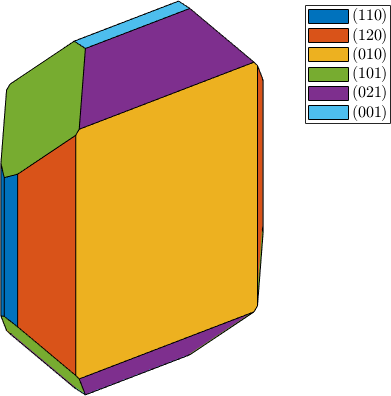 Next we represent the orientation of each grain by an appropriately rotated crystal. This is done by the following commands 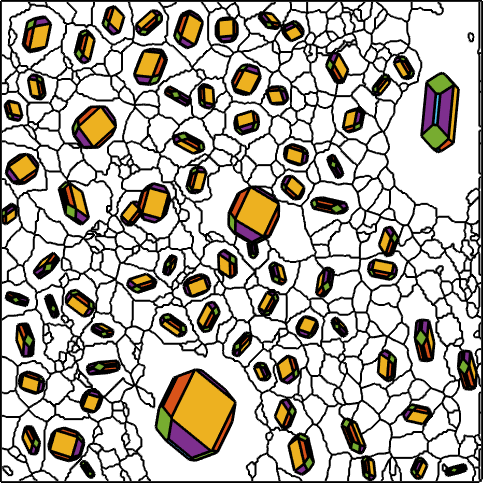 The idea of inverse pole figure color coding of orientation maps is to visualize the orientation of a grain by the color of the crystal face pointing towards you. In the case Olivine habitus this would lead to six different colors. We can overcome this restriction by replacing the colored crystal shape by a colored ball. 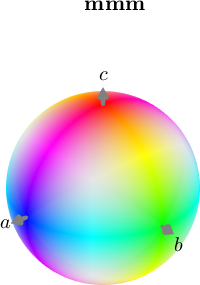 Next we proceed as with the crystal habitus and place a colored ball at each posiotion of the big grains and rotate it according to the meanorientation of the grain. 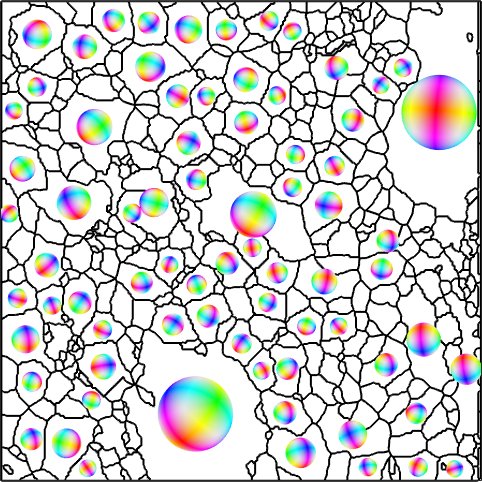 Finally, we take the color in the center of the ball as the color representing the orientation of the grain. This tranformation from a list of orientations into a list colors given as RGB values is the central purpose of the color key ipfKey we have defined above and is done by the command ipfKey.orientation2color. 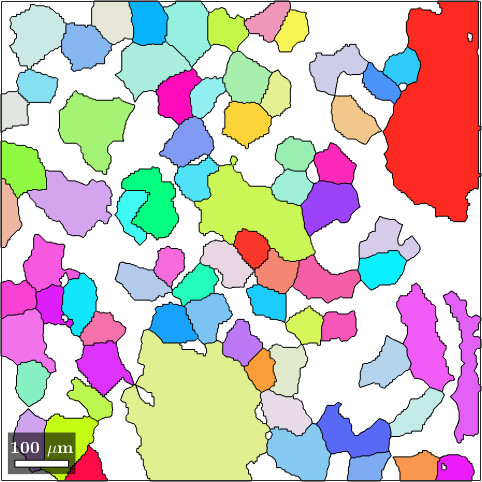 The interpetation of the colors becomes more simple if we plot the colored ball in stereographic projection and mark the crystallographic axes. 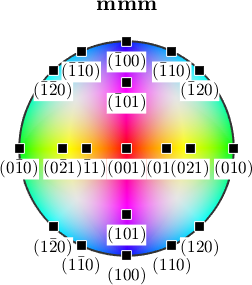 From the colors of the grains in the map we may now deduce for each grain which crystal axis is pointing out of the plane of the specimen. Accordingly, we can associate to each grain a specific point in the color key. Let plot a colored dot for each grain orientation in the inverse pole figure that scales according to the grain area. 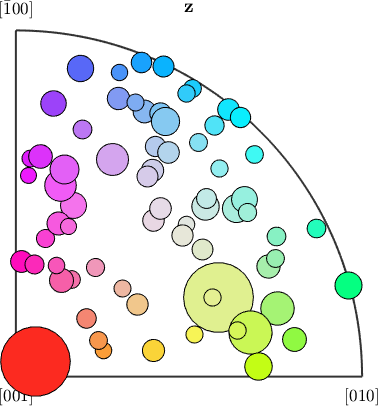 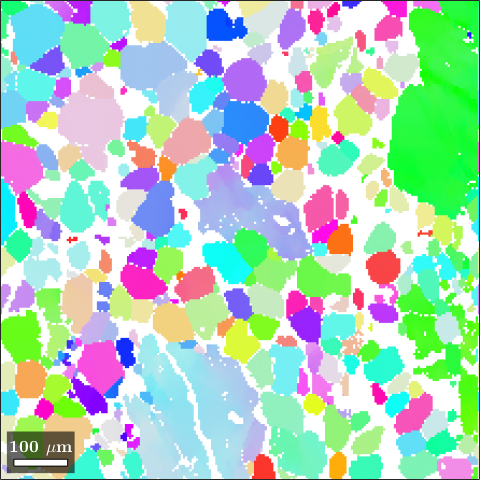 Note, that ipfKey.inversePoleFigureDirection may even be a vector of directions. Which is helpful for round specimen where one wants to consider the direction normal to the surface. 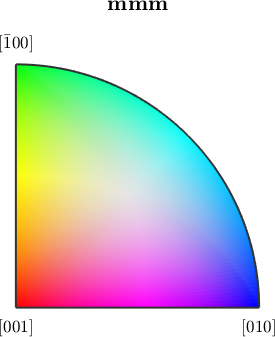 or cycle of colors red, green, blue by 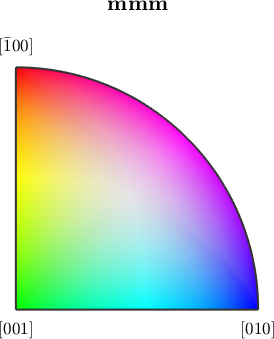 As the Euler angles provided by the EBSD measurement devices describe proper rotations only they do not include any improper symmetry operation. For this reason it is entirely justified to consider for the ipf map proper symmetries only. Lets define the corresponding color key 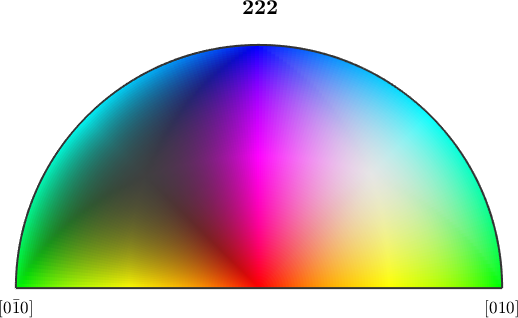 We oberseve that the key is twice as large and hence allows for a better distinction between different orientations. 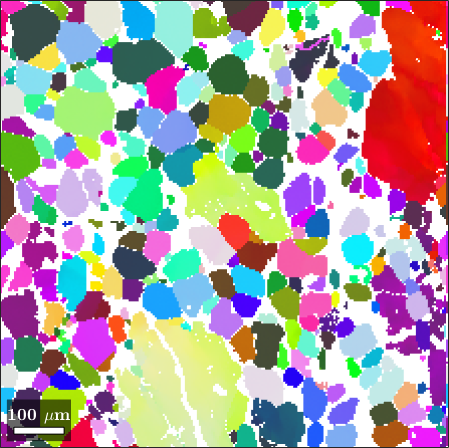 Beside the default ipf color key MTEX provides the default color keys are they are used by other popular EBSD systems. 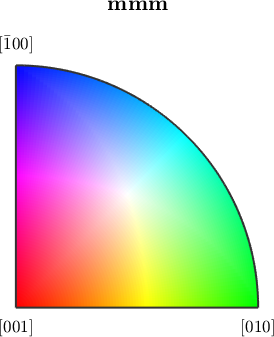 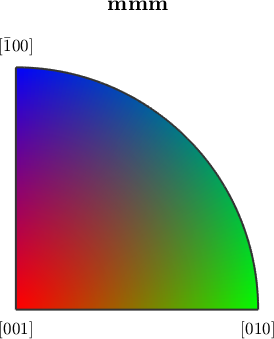 The user should be aware that for certain symmetry groups these color keys lead to color jumps.