In this section we discuss color keys that are particular useful when analyzing data with very small deviation in orientation. Let us consider the following calcite data set 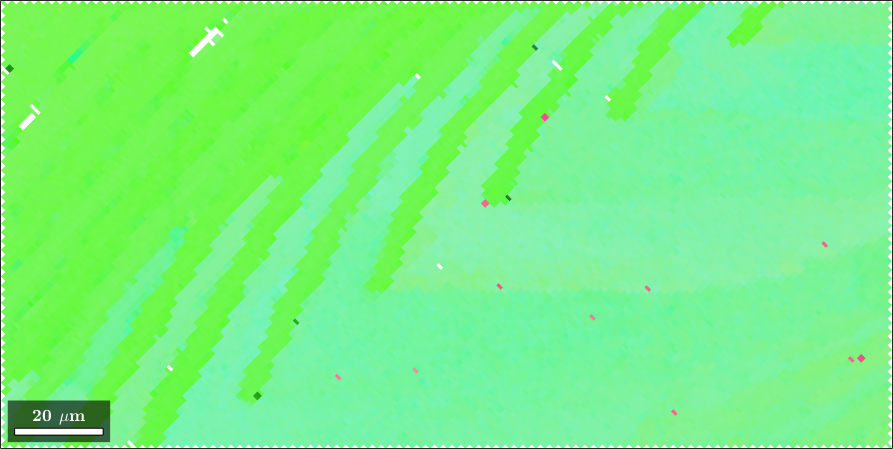 and have a look into the 100 inverse pole figure. 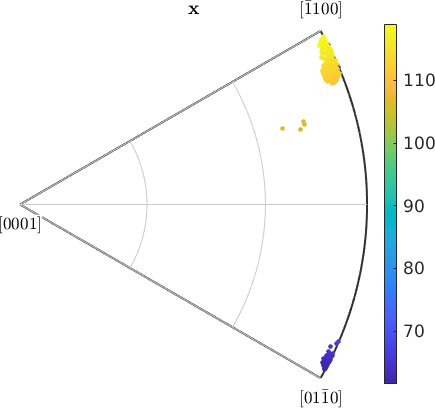 We see that all individual orientations are clustered around azimuth angle 115 degrees with some outliers at 65 degree. In order to increase the contrast for the main group, we restrict the color range from 110 degree to 120 degree. 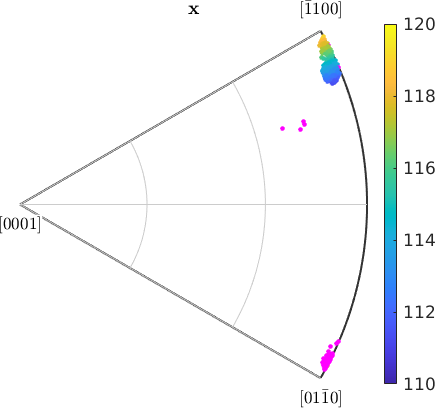 The same colorcoding we can now apply to the EBSD map. 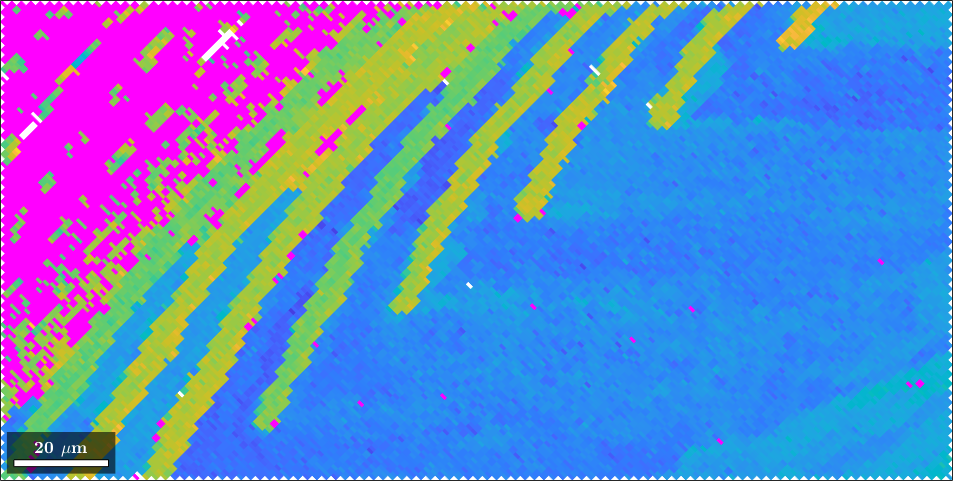 Next, we want to apply the same ideas as above to the default MTEX color key, i.e. we want to stretch the colors such that they cover just the orientations of interest. 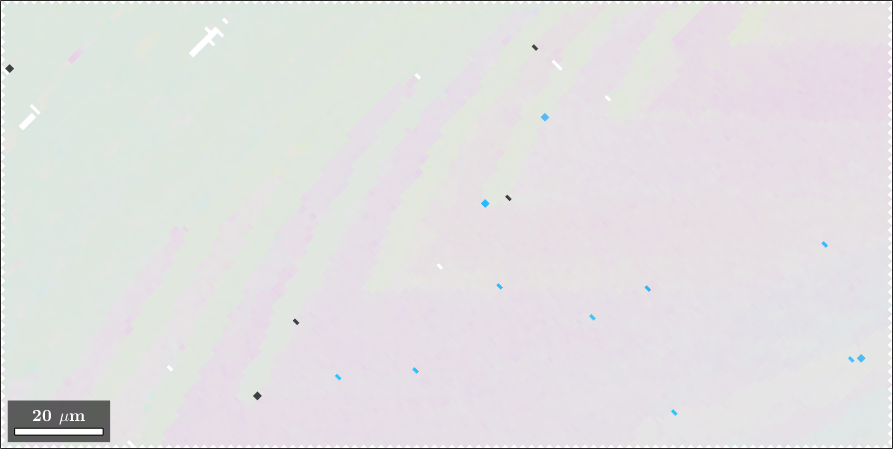 We observe that the orientation map is almost completely gray, except for the outliers which appears black. Next, we use the option maxAngle to increase contrast in the grayish part 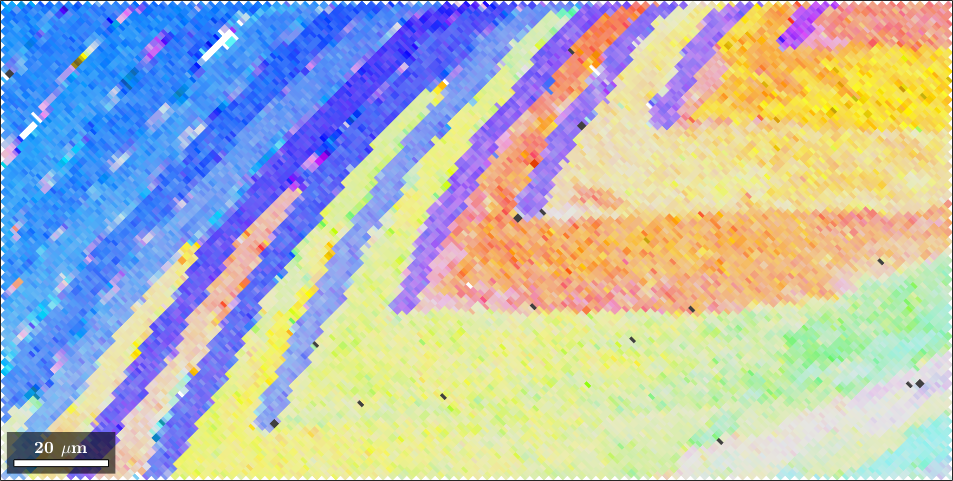 Let's have a look at the corresponding color map. 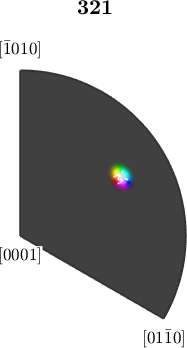 observe how in the inverse pole figure the orientations are scattered closely around the white center. Together with the fact that the transition from white to color is quite rapidly, this gives a high contrast. 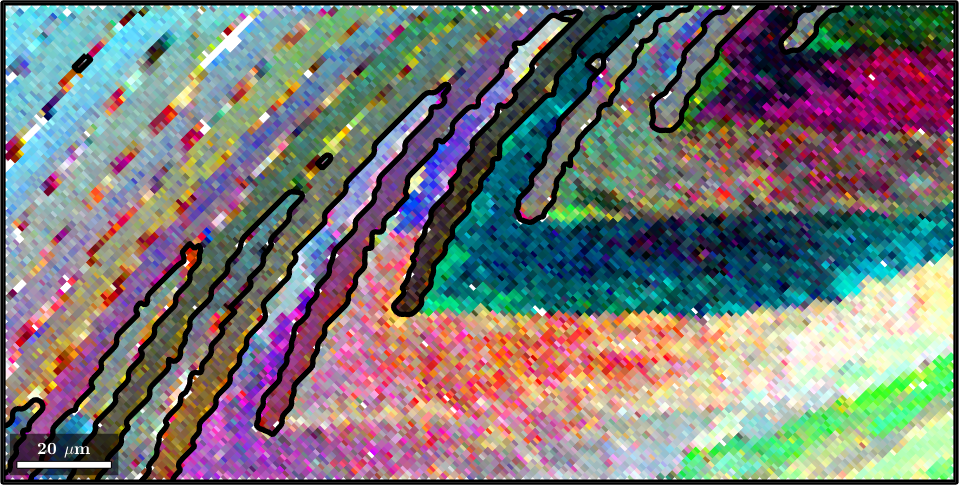 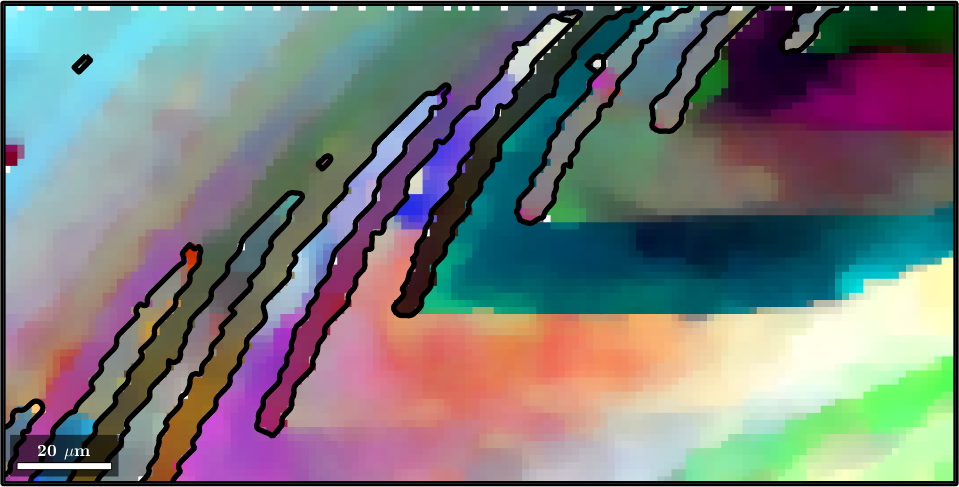 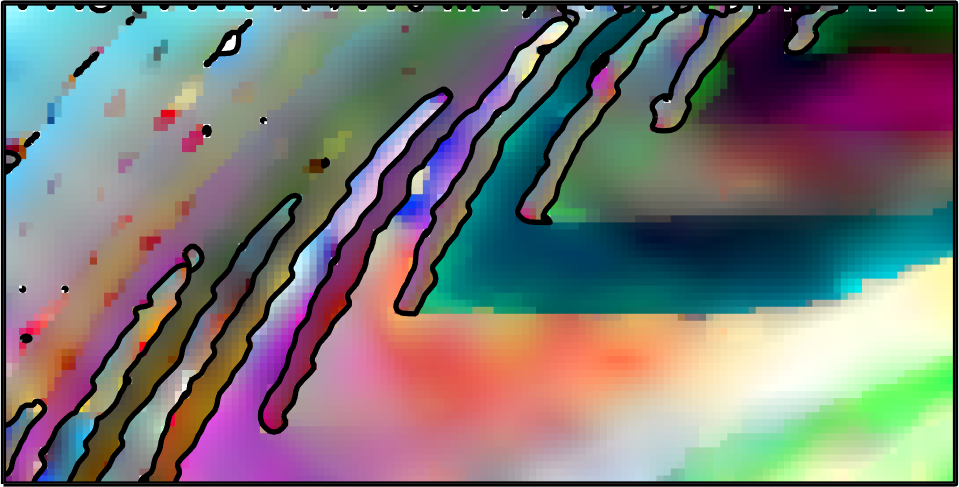 Another example is when analyzing the orientation distribution within grains

When plotting one specific grain with its orientations we see that they all are very similar and, hence, get the same color 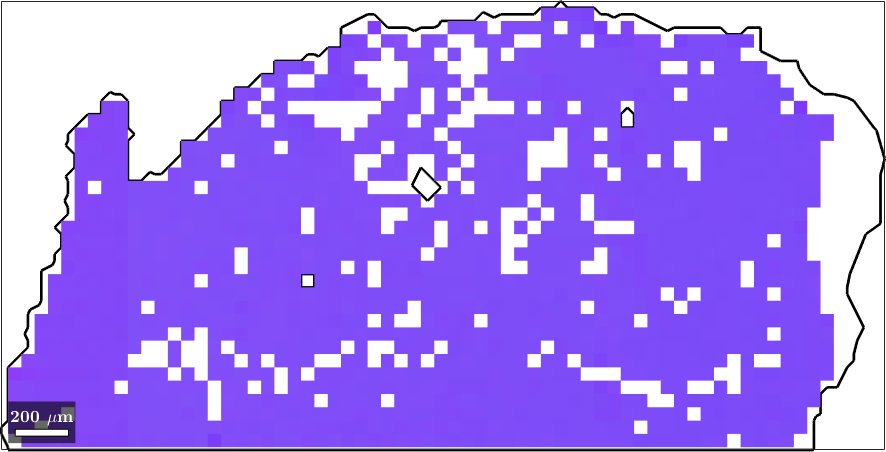 when applying the option sharp MTEX colors the mean orientation as white and scales the maximum saturation to fit the maximum misorientation angle. This way deviations of the orientation within one grain can be visualized. 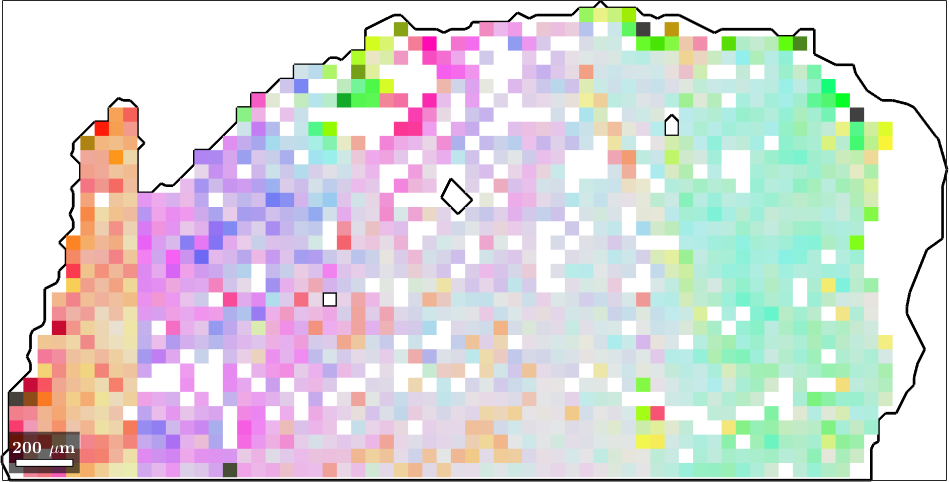