The crystallographic structure of most materials is dependend on external conditions as temperature and pressure. When the external conditions change the crystals may undergo a phase transition from the inital phase, often called parent phase, into the child phase. While both phases still have the same chemical composition their crystallographic structure might be quite different. A typical example are the alpha and beta phase of titanium. While the parent beta phase is cubic

the child alpha phase is hexagonal

A corresponding child orientation would then be 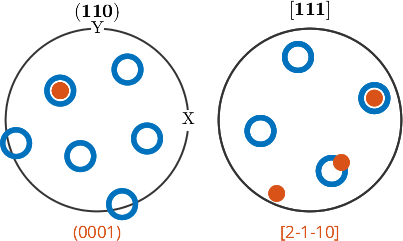 The advantage of the above definition by the alignment of different crystal directions is that it is independent of the convention used for the hexagonal crystal coordinate system.

Due to crystal symmetry each orientation of a parent beta grain has 24 different may transform into up to 24 child orientations.

Applying the beta2alpha phase relationship to these 24 different represenations we obtain 24 child orientations. 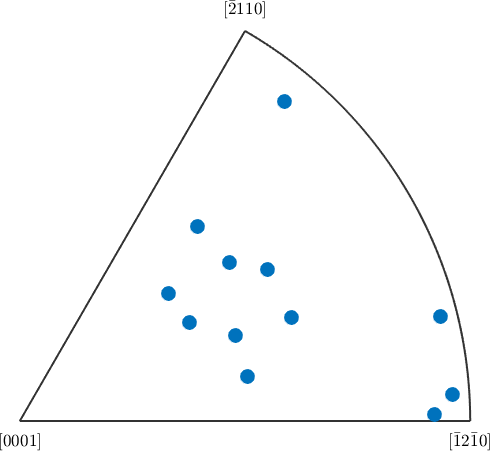 These 12 pairs are called the variants of the parent orientation oriParent with respect to the orientation relation ship beta2alpha. They can be computed more directly using the command variants. 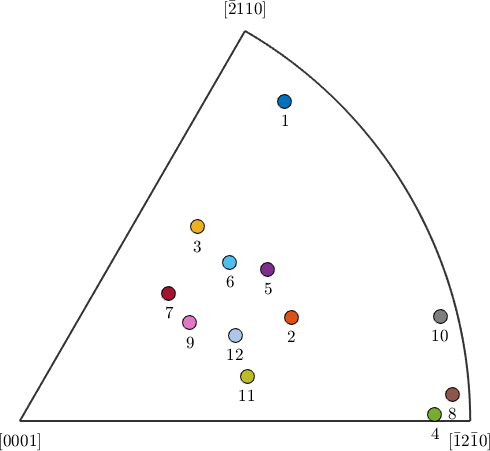 As we can see each variant can be associated by a variantId. You can pick specific variants by their variantId using the syntax

we will always have exactly 24 variants. For the above example we observe how the 12 pairs of orientations which diverge slightly. 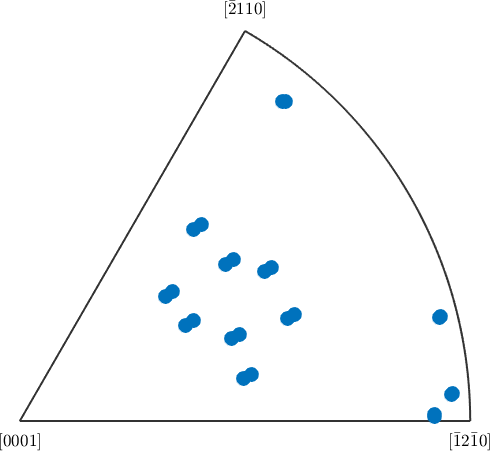 Sometimes one faces the inverse question, i.e., determine the variantId from a parent and a child orientation or a pair of child orientations. This can be done using the command calcVariants which is discussed in detail in the section parent grain reconstruction.