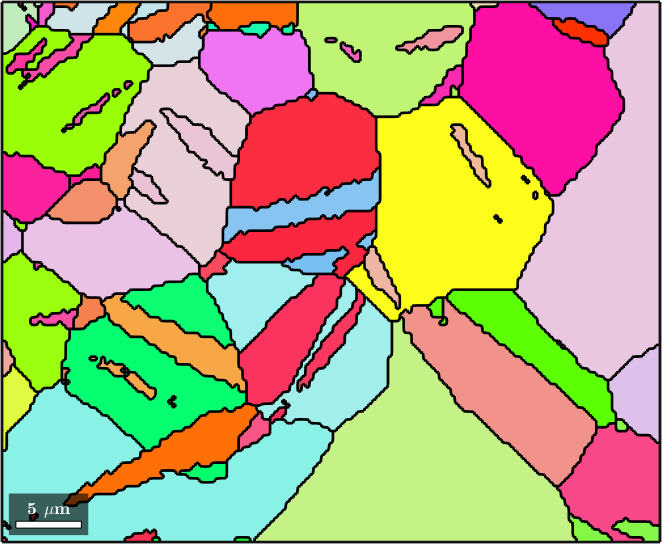 A variable of type grainBoundary contains the following properties

The first three properties refer to \(N \times 2\) matrices where \(N\) is the number of boundary segments. Each row of these matrices contains the information about the EBSD data, and grain data on both sides of the grain boundary. To illustrate this consider the grain boundary of one specific grain

It is important to understand that the id is not neccesarily the same as the index in the list. In order to index an variable of type EBSD by id and not by index the following syntax has to be used

results in 9x2 matrix indicating that grain 8 is an inclusion of grain 21.

The grain boundary misorientation defined as the misorientation between the orientations corresponding to ids in first and second column of ebsdId, i.e. following two commands should give the same result

Note that in the first result the antipodal flag is true while it is false in the second result.

Then the misorientation angles can be plotted by 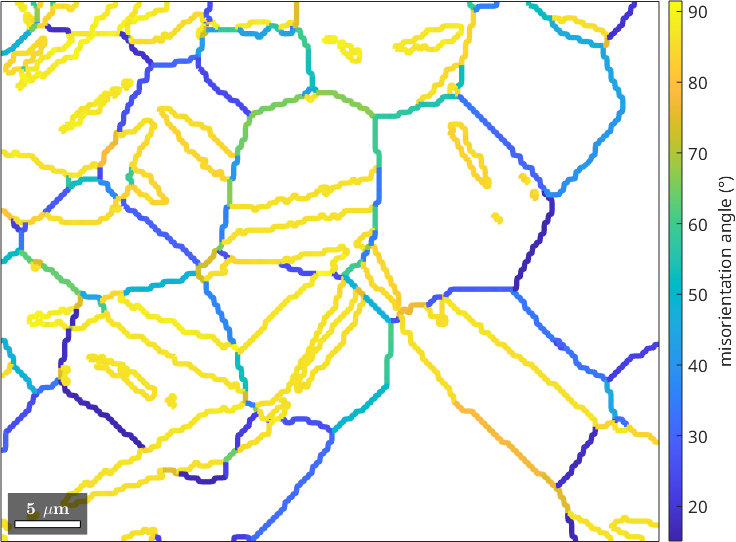 The direction property of the boundary segments is usefull when checking for tilt and twist boundaries, i.e., when we want to compare the misorientation axis with the interface between the grains 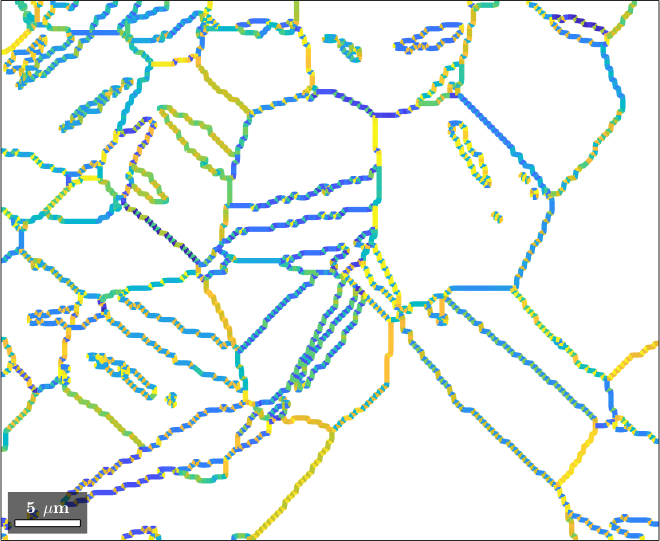 We observe that the angle is quite oscilatory. This is because of the stair casing effect when reconstructing grains from gridded EBSD data. The weaken this effect we may average the segment directions using the command calcMeanDirection 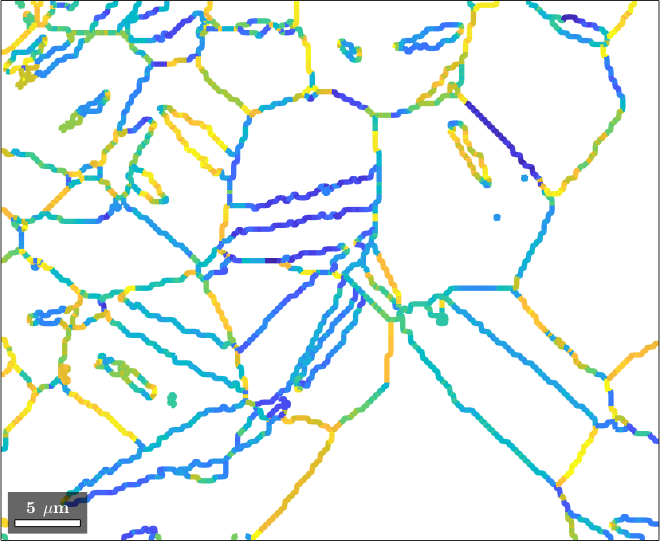 The midPoint property is usefull when TODO:

gives us the total number of all Magnesium to Magnesium grain boundary segements the following command gives us its their total length in um.

TODO: explain this in more detail 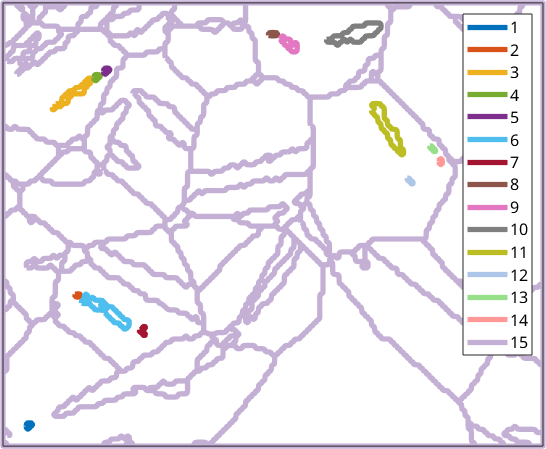