Depending which symmetry operations are coonsidered the symmetry groups are categorized either into 230 space groups, 32 point groups or 11 Laue groups.

or by the Schoenflies notation 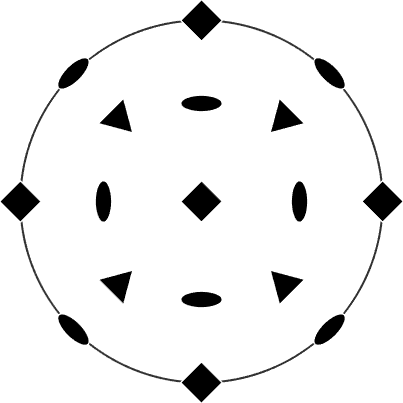 For any symmetry group we obtain the corresponding Laue group by adding the inversion as an additional symmetry element. 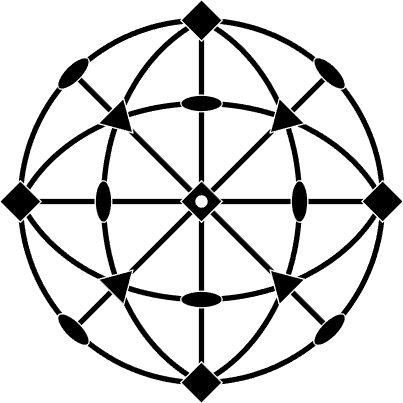 More directly, the Laue group corresponding to an arbitrary point group can be defined by the command 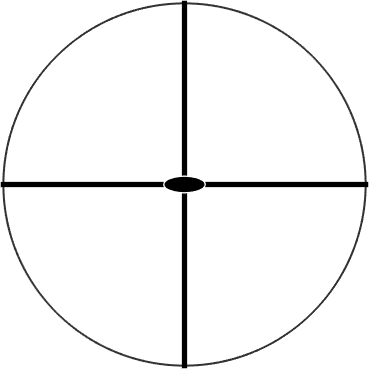 We observe that mm2 has exactly the same rotations as 222 with the only difference that half of them are improper. In fact, we can derive all remaining 10 point groups by replacing half of the rotations of a enantiomorphic group by its improper version. This way the following point groups can be constructed: m, mm2, 3m, -4, 4m2, -42m, -6, 6mm, -6m2, -43m. In total this gives us 11 enantiomorphic + 11 Laue + 10 mixed = 32 point groups.

The Subgroup of proper rotations 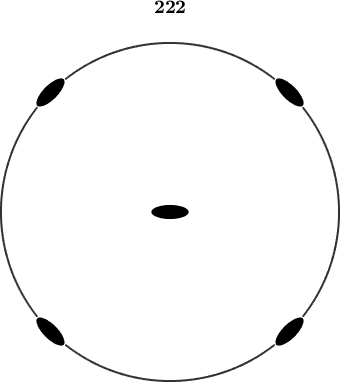 Alignment of the symmetry operations

If additionally to the proper and improper rotations also translations are considered as symmetry operations the number of different symmetry groups increases to 320. Those are exhaustivly described in the international table of crystallography.

MTEX currently does not support space groups. If the name of a space group os passed to the command crystalSymmetry, MTEX automatically determines the corresponding point group and assigns it to the variable. 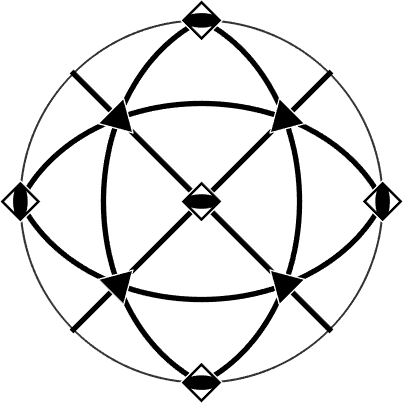 Import from CIF and PHL files

or a Bruker phl file. As a phl file contains usually many phases the output is a list of crystal symmetries