Orientation maps determined by EBSD or any other technique are, as all experimental data, effected by measurement errors. Those measurement errors can be divided into systematic errors and random errors. Systematic errors mostly occur due to a bad calibration of the EBSD system and require additional knowledge to be corrected. Deviations from the true orientation due to noisy Kikuchi pattern or tolerances of the indecing algorithm can be modeled as random errors. In this section we demonstrate how random errors can be significantly reduced using denoising techniques. 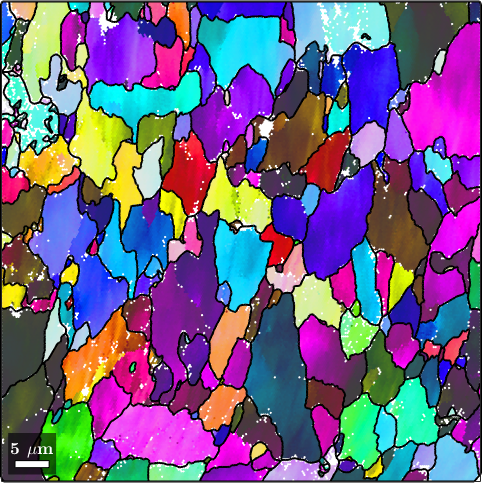 Although the data set has already some not indexed pixels we artificially make the situation more worse by throwing away 75 percent of all data. 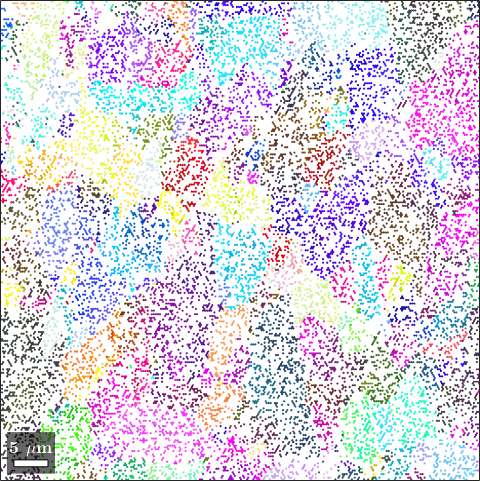 Our aim is now to recover the orginal orientation map. In a first step we reconstruct the grain structure from the remaining 25 percent of pixels. 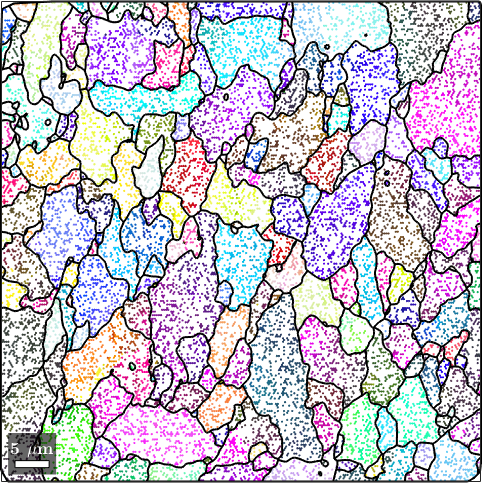 The easiest way to reconstruct missing data is to use the command fill which interpolates missing data using the method of nearest neighbor. It is very recommended to pass the grain structure grainsSub as an additional argument to the fill function. In this case the nearest neighbors are choosen within the grains. 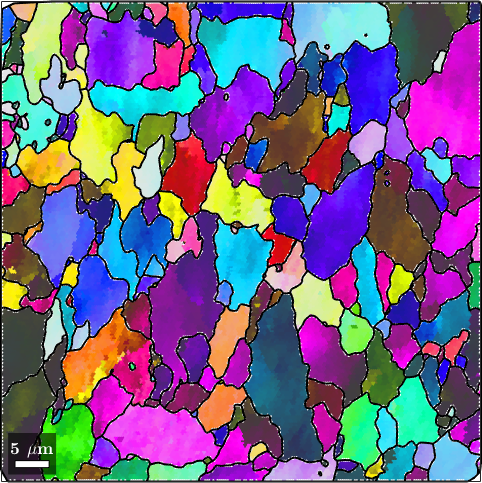 A much more powerful method is to use any denoising method and set the option fill. 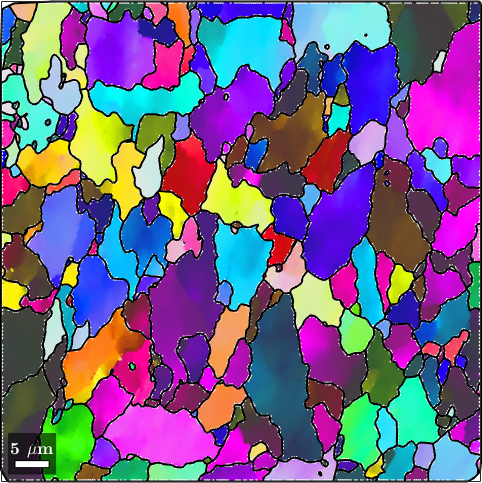 An Example from Geoscience

Data sets with many missing pixels most often appear when measuring geological samples. The following data set of forsterite contains about 25 percent missing pixels. Lets start by importing the data and reconstructing the grain structure. 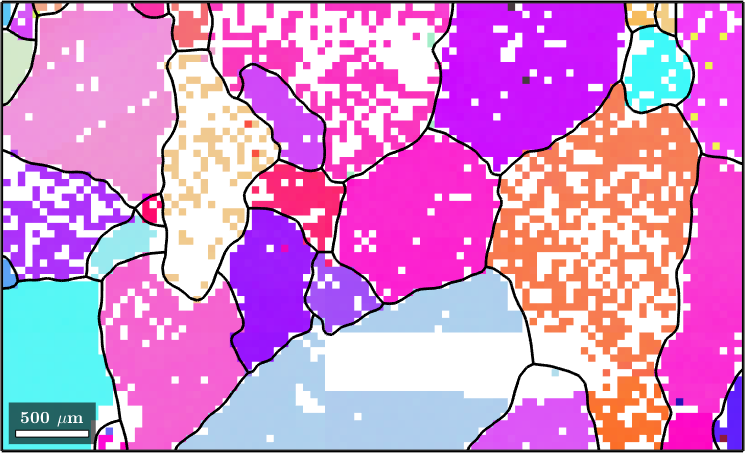 Using the option fill the command smooth fills the holes inside the grains. Note that the nonindexed pixels at the grain boundaries are kept untouched. In order to allow MTEX to decide whether a pixel is inside a grain or not, the grain variable has to be passed as an additional argument. 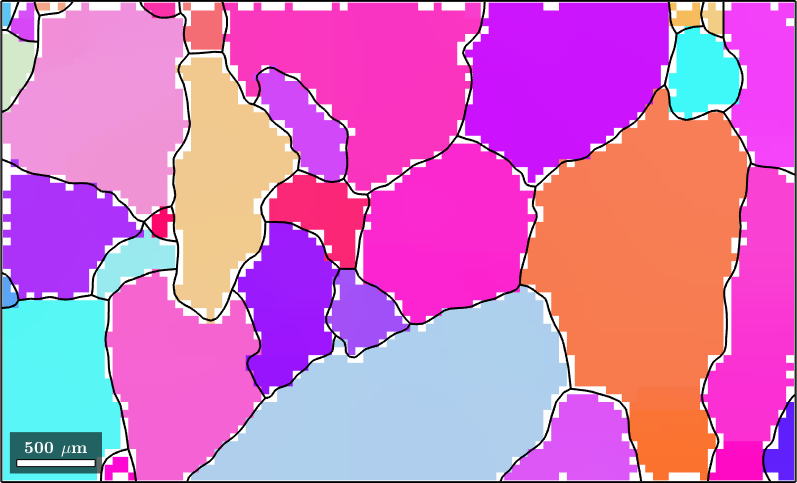 In order to visualize the orientation gradient within the grains, we plot the misorientation to the meanorientation. We observe that the mis2mean varies smoothly also within the regions of not indexed orientations. 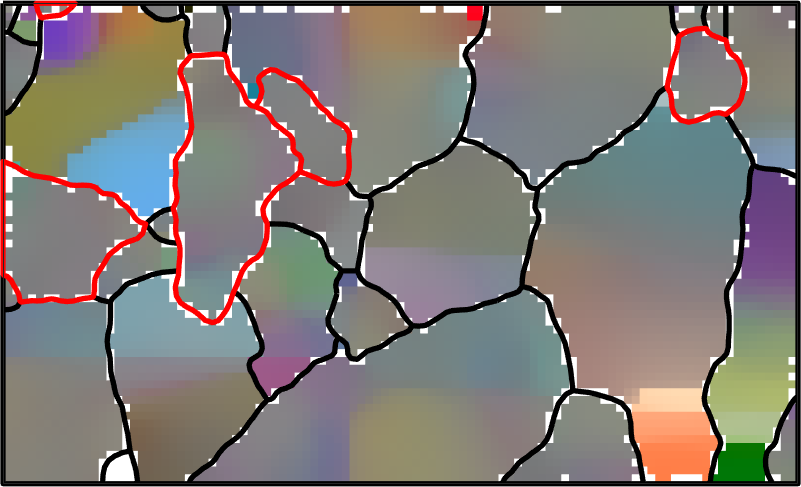 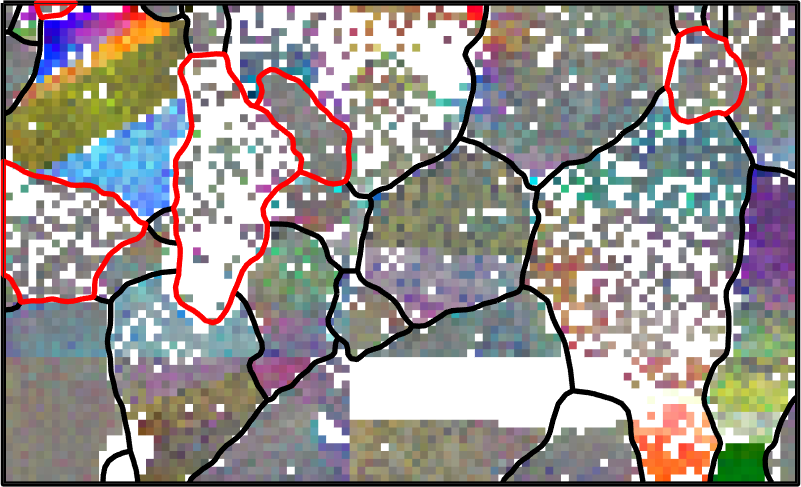