Let us assume a Nickel crystal

and the slip direction (which needs to be orthogonal)

For tension in direction 123

and using the command SchmidFactor 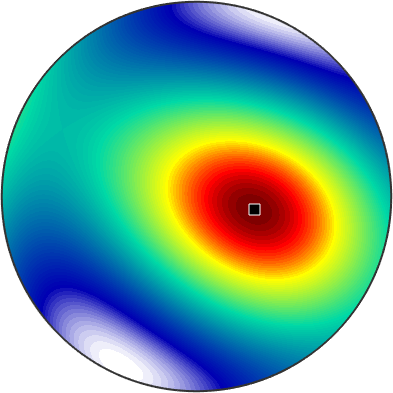 In general a crystal contains not only one slip system but at least all symmetrically equivalent ones. Those can be computed with

The option antipodal indicates that Burgers vectors in oposite direction should not be distinguished. Now 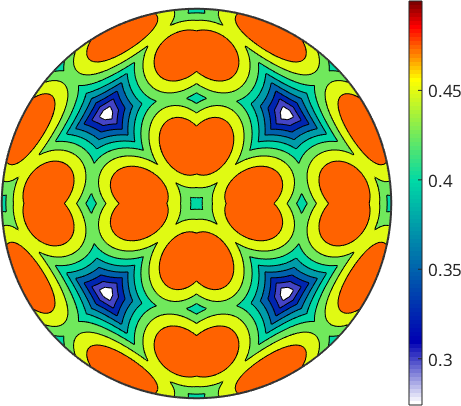 We may also plot the index of the active slip system 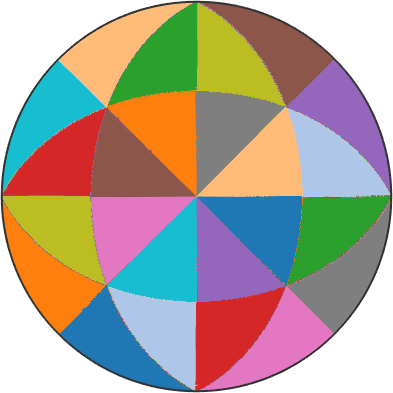 and observe that within the fundamental sectors the active slip system remains the same. We can even visualize the the plane normal and the slip direction 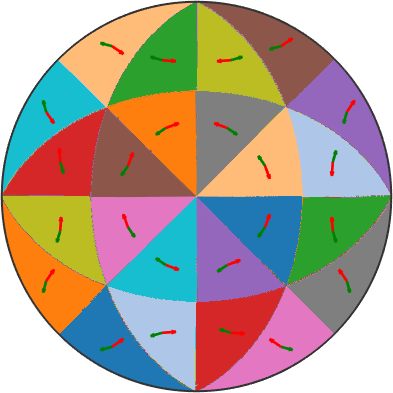 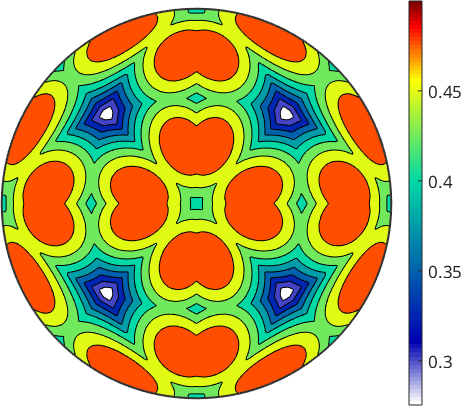 The Schmid factor for EBSD data

So far we have always assumed that the stress tensor is already given relatively to the crystal coordinate system. Next, we want to examine the case where the stress is given in specimen coordinates and we know the orientation of the crystal. Let's import some EBSD data and compute the grains

We want to consider the following slip systems

These slip systems are now arranged in matrix form where the rows corrspond to the crystal reference frames of the different grains and the rows are the symmetrically equivalent slip systems. Computing the Schmid faktor we end up with a matrix of the same size

Next we want to visualize the active slip systems.

Next we want to demonstrate the alternative route