Let's first import an example dataset from the MTEX toolbox

This dataset consists of the three main phases, forsterite, enstatite and diopside. As we want to plot the seismic properties of this aggregate, we need (i) the modal proportions of each phase in this sample, (ii) their orientations, which is given by their ODFs, (iii) the elastic constants of the minerals and (iv) their densities. One can use the modal proportions that appear in the command window (ol=62 %, en=11%, dio=4%), but there is a lot of non-indexed data. You can recalculate the data only for the indexed data

This EBSD dataset has the foliation N-S, but standard CPO plots and physical properties in geosciences use an external reference frame where the foliation is vertical E-W and the lineation is also E-W but horizontal. We can correct the data by rotating the whole dataset by 90 degree around the z-axis

The elastic stiffness tensor of Forsterite was reported in Abramson et al., 1997 (Journal of Geophysical Research) with respect to the crystal reference frame

In order to define the stiffness tensor as an MTEX variable we use the command stiffnessTensor.

Note that when defining a single crystal tensor we shall always specify the crystal reference system which has been used to represent the tensor by its coordinates \(c_{ijkl}\).

For Diopside coefficients where reported in Isaak et al., 2005 - Physics and Chemistry of Minerals) 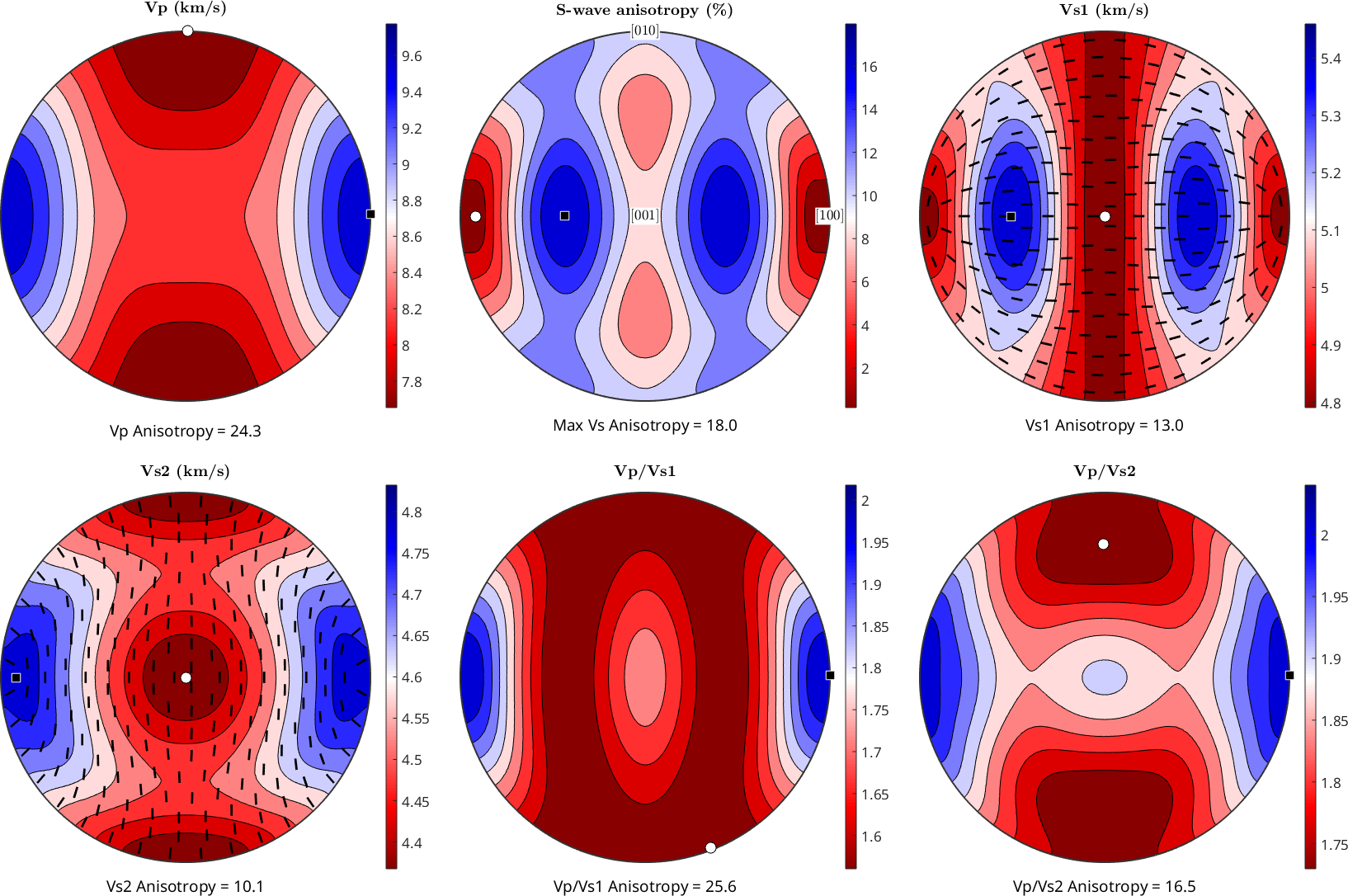 Combining the EBSD data and the single crystal stiffness tensors we can estimate an bulk stiffness tensor by computing Voigt, Reuss or Hill averages. Tensor averages are explained in more detail in this section. Here we use the command calcTensor 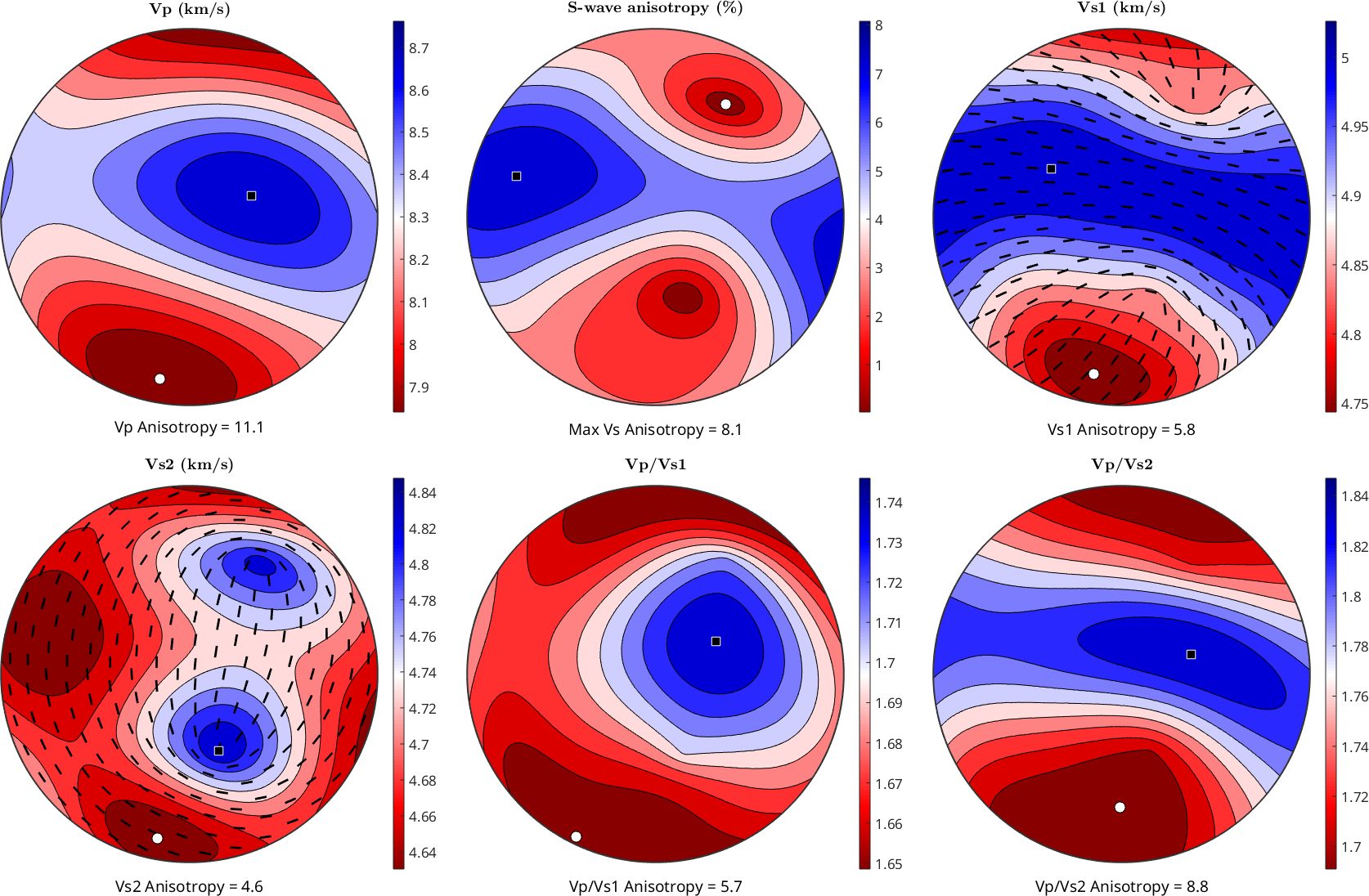 For large data sets the computation of the average stiffness tensor from the EBSD data might be slow. In such cases it can be faster to first estimate an ODF for each individual phase

Note that you do don't need to write the full name of each phase, only the initial, that works when phases start with different letters. Also note that although we use an EBSD dataset in this example, you can perform the same calculations with CPO data obtain by other methods (e.g. x-ray/neutron diffraction) as you only need the ODF variable for the calculations

Finally, we visualize the polycrystal wave velocities as above 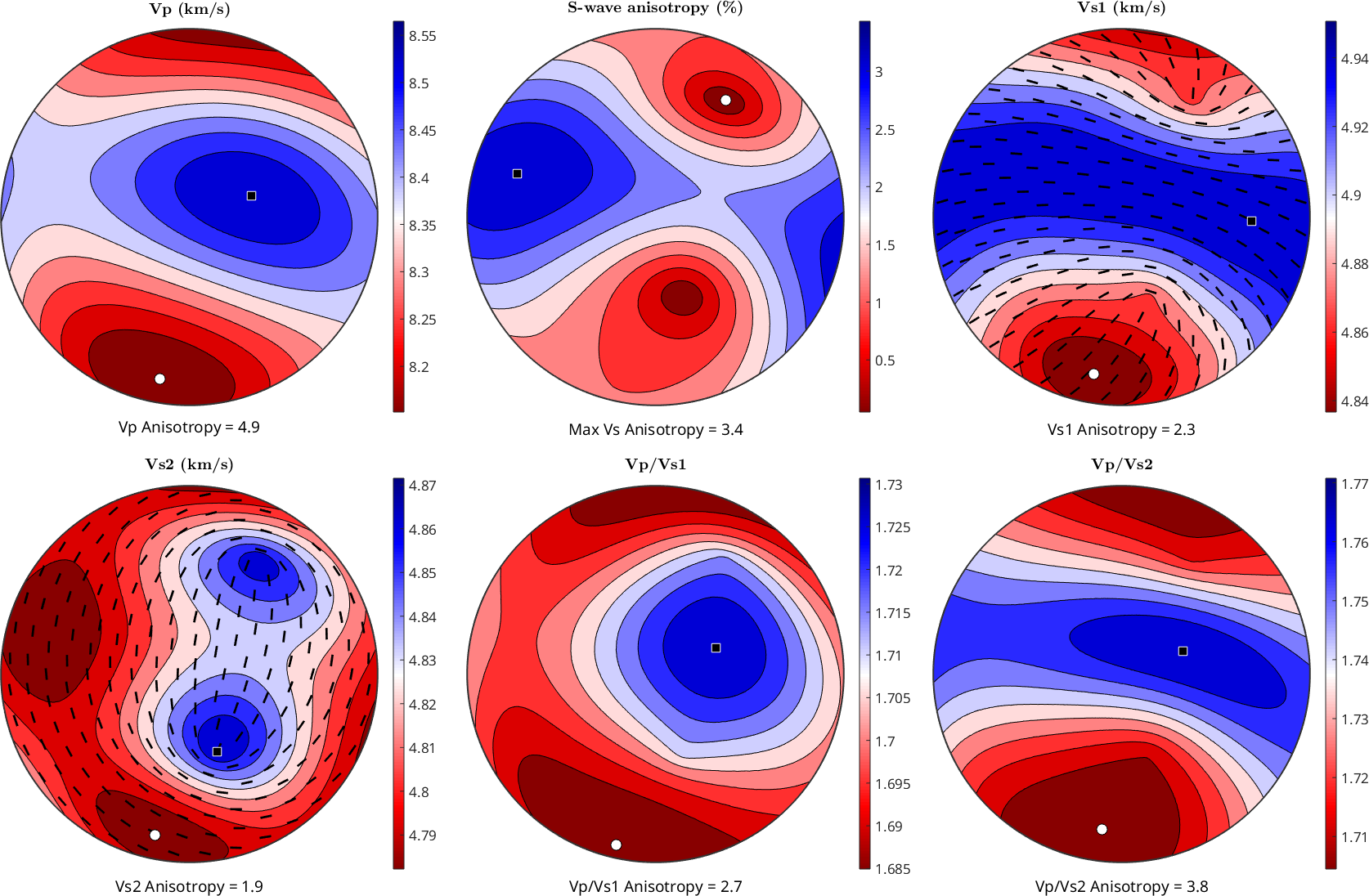