In this section we discuss how to analyze the neighbouring relationships between grains. While most of this can be done also on the level of grain boundaries an local misorientations it is for large data sets sometimes useful to consider misorientations between the meanorienations of grains. We shall use the following Magnesium data set of our explainations. 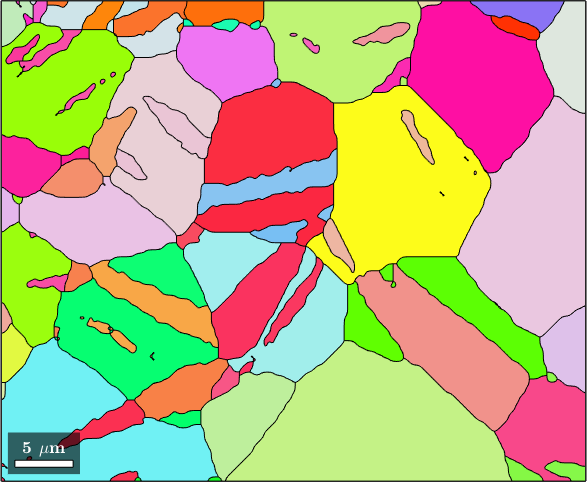 Central for the analysis of grain to grain relationships is the function grains.neighbours. It return a list of pairs of neighbouring grain ids. Each row of the list containes the ids of two neighbouring grains. In the following lines choose the row number 170 and outline the corresponding grains 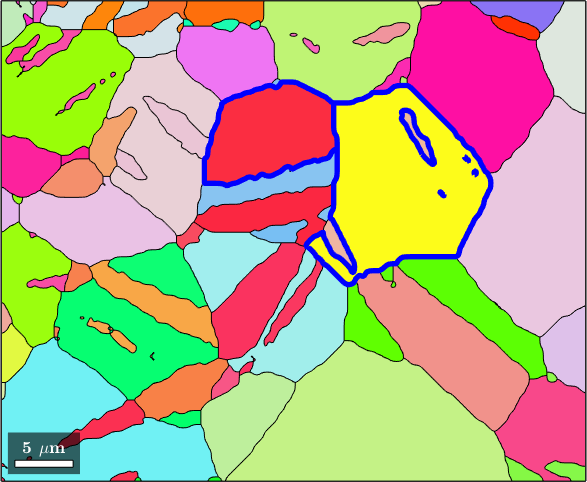 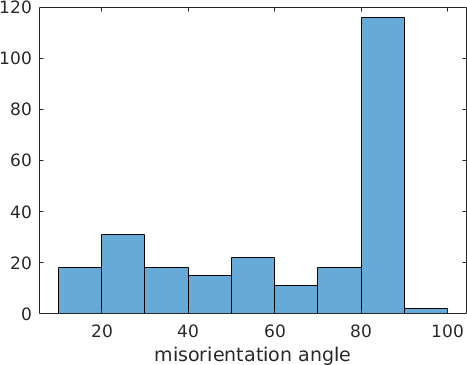 We observe a high peak at about 85 degree. This angle corresponds to twinning. In Magnesium the twinning orientation relationship is given by

In order to determine the percentage of twinnig pairs we do

It is important to understand that the list returned by grains.neighbours containes only pairs such that both grains are contained in grains. This allows the syntax grains('phaseName') to extract only neighbour relation ships within one phase.

In some case, e.g. if we ask for all neighbouring grains to a given grains, it is useful to replace this constraint by the condition that at least one grain should by part of grains. This can be accomplished by the option 'full'. 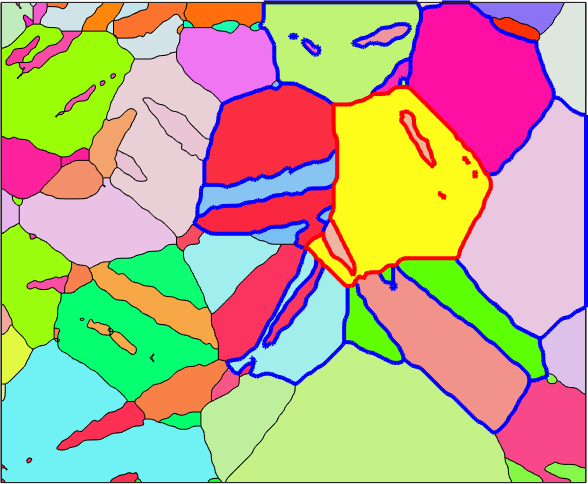