The following EBSD maps has been measured by Ruben Wagner TUBAF, Institute of Materials Engineering, 2022 within the project SFB 920. It shows an alumina inclusions in 42CrMo4 steel after nanoindentation. 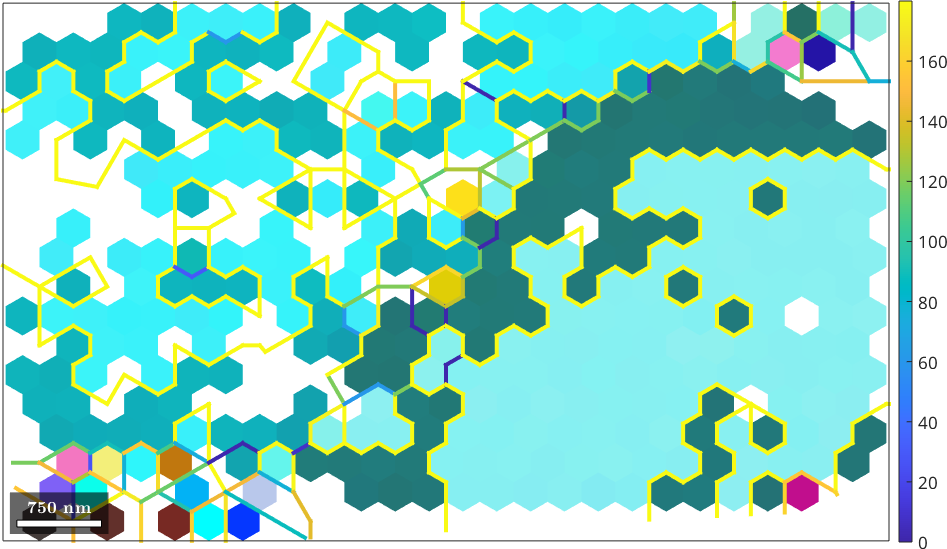 Looking at the raw data we observe several neighbouring measurements that are exactly 180 degree rotated with respect to each other. This is indicated by color coded grain boundaries. It is suspected that this misorientation occurs as the EBSD system has a hard time to distinguish the Kikuchi pattern of two orientations that differ by a rotation about the c-axis by 180 degree.

In order to correct for this misindexiation we proceed as follows 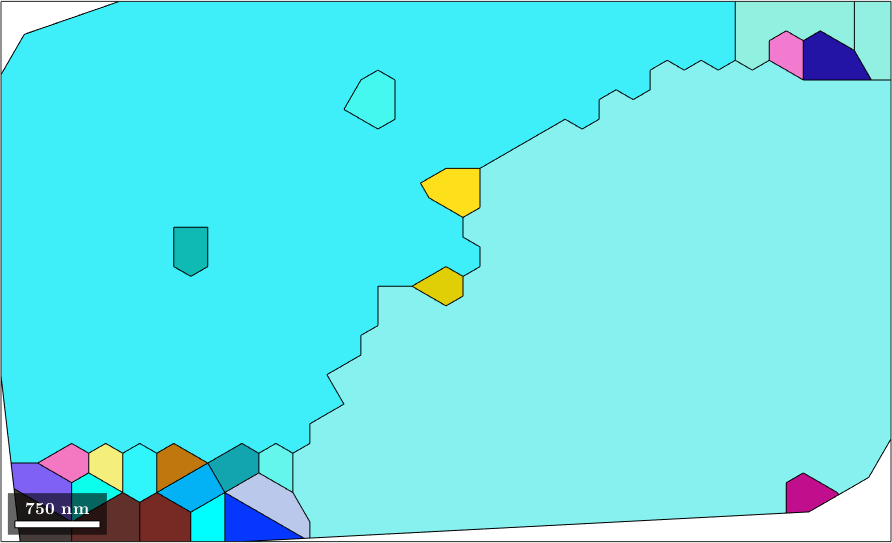 3. Correct the EBSD data according to the pseudo symmetry 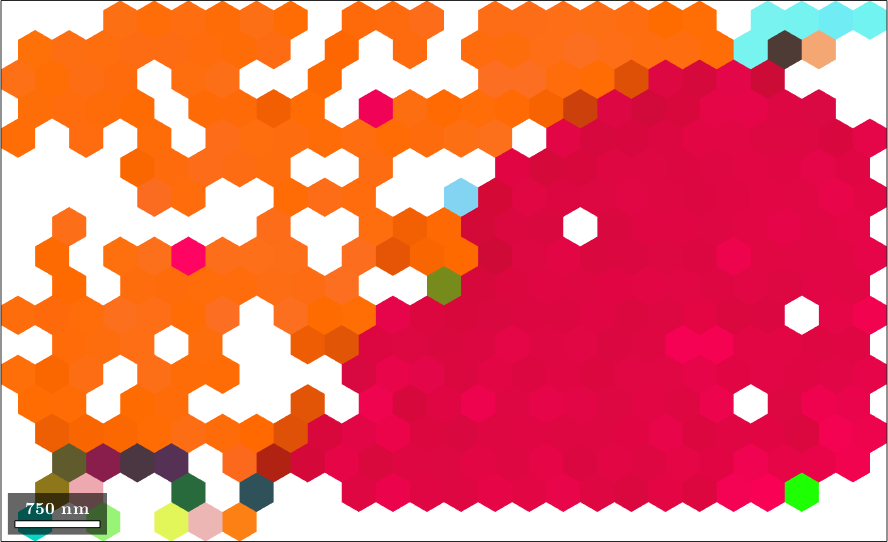 We perform some more data cleaning steps including 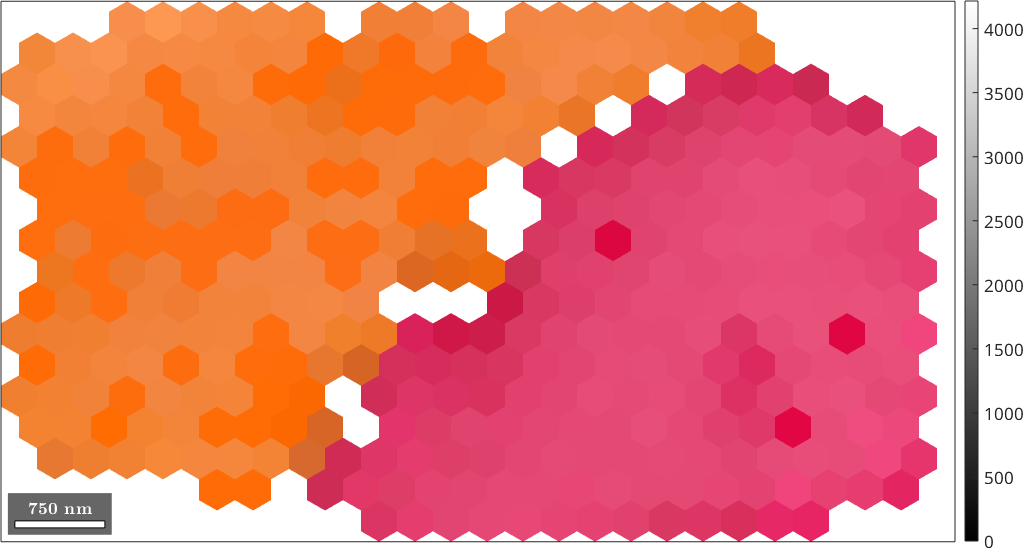 Next we compute the the active slip system during pressure in z-direction. The possible dominant slip systems in alumina are described in Mao2011 and 2012 as

Next we determine the Schmid factor for all symmetrically equivalent slip systems.

Finally, we plot the trace of the slip planes together with the slip direction in the EBSD map. 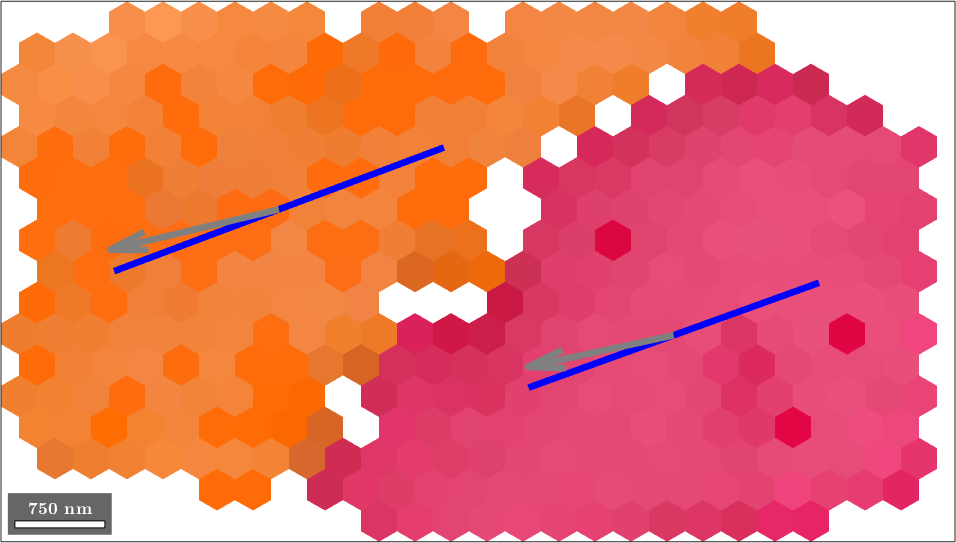